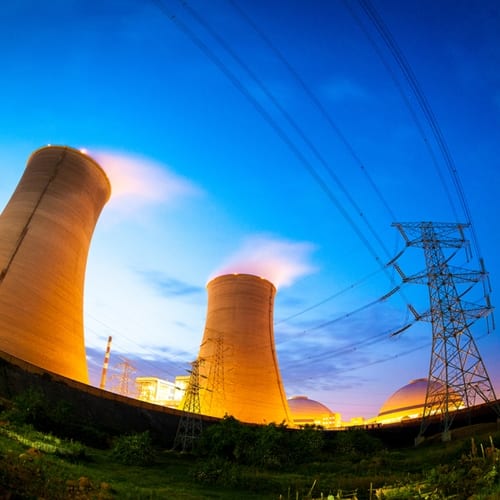 As per usual when hurricane activity intensifies, oil and gas projects in affected areas have pumped the brakes, sending gas prices higher for motorists throughout the country. But offshore oil and gas isn't the only aspect of the energy industry that's borne the brunt of Mother Nature's wrath. Nuclear power has felt its effects as well, as several reactors have shut down in the South, opening up employment opportunities for commercial diving contractors.

At least two of Florida's four nuclear plants – all run and operated by Florida Power & Light – ceased operational services in the days preceding Hurricane Irma's arrival, the company announced in a statement released Sept. 7. One is located in Turkey Point, just east of Homestead, and the other in St. Lucie, a town that sits on the east coast of the Sunshine State. Initially, FPL was planning on shutting down only its Turkey Point plant, but ultimately decided both should go off line due to the storm's forecasted potential for high winds and heavy flooding.

The second major tropical storm in as many weeks, Hurricane Irma made landfall in Florida on Sunday, tracking slightly west after it was originally expected to hit Miami-Dade County head on. Millions of Floridians evacuated in the days and hours before Irma's arrival, as part of the state of emergency that Governor Rick Scott declared well before the Category 4 hurricane hit the Gulf Coast.

For 12 years, a major hurricane – meaning Category 3 or larger, according to the Saffir-Simpson Wind Energy Scale – hadn't hit the U.S. But just as the National Oceanic and Atmospheric Administration predicted earlier this year, 2017 has proven to be an active period for tropical storm activity, as Hurricanes Harvey and Irma have led to substantial amounts of destruction for the Gulf Coast – specifically Texas, Louisiana and Florida.

Combined damage could be $300 billion
Because the recovery effort is still underway for Harvey – and Irma has only recently weakened to a Category 2 storm – it's unknown how much the damage will wind up costing, but early indications suggest it could be at or in excess of approximately $300 billion combined, according to AccuWeather President Joel Myers.

"We believe the damage estimate from Irma to be about $100 billion, among the costliest hurricanes of all time," Myers said, according to ABC News. "This amounts to 0.5 of a percentage point of the GDP of $19 trillion. "We estimated that Hurricane Harvey is to be the costliest weather disaster in U.S. history at $190 billion or one full percentage point of the [gross domestic product].

In addition to the structures affected by Irma's wrath, power outages are widespread. According to NBC News, at least 5 million homeowners were out of electricity as of Sept. 11 and the outages are expected to last for several days, perhaps weeks.

Florida has four nuclear power plants
Described as Florida's most reliable source of electricity, the state's four nuclear reactors generate roughly 12.3 percent of Florida's energy, according to the Nuclear Energy Institute. FPL spokesperson Peter Robbins told the Miami Herald that the nuclear reactors are built to withstand the harsh weather elements, housed by reinforced concrete and positioned 20 feet above sea level. The power plants in St. Lucie have similarly protective features and their backups proved their mettle after Hurricane Andrew. Some believe Irma will prove to be more economically devastating for the state than Andrew after adjusting for inflation. Andrew hit in 1992.

As history has proven, hurricanes often result in more employment opportunities for commercial divers. Nuclear divers are charged with inspecting, cleaning and maintaining nuclear reactors on an ongoing basis. Although nuclear power isn't as common in the U.S. as it is in other parts of the world – like France, where an estimated 80 percent of the country's electricity derives from nuclear sources – there are 61 nuclear power plants now operating in 30 states, according to the U.S. Energy Information Administration.

When duty calls and weather disasters develop, you can trust Fisk Marine Insurance International will come through in the clutch. Fisk Marine offers a full range of marine and insurance product services for commercial diving, oceanographic and energy industries in the U.S. and throughout the world. Click here to learn more about our suite of coverages.