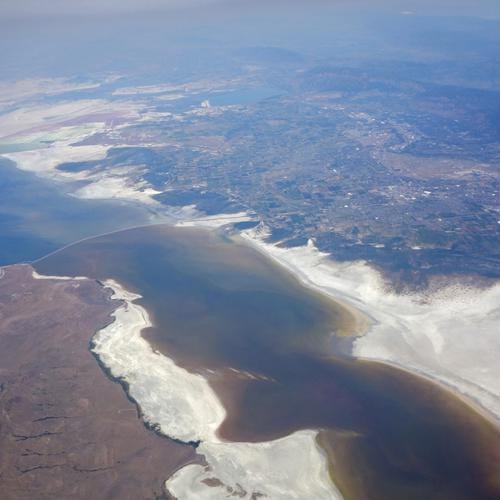 Representing the largest bodies of freshwater on the planet – six quadrillion gallons, by some estimates – the Great Lakes are not only a massive physical marvel, but a behemoth commercial landing spot, home to oil and gas projects, commercial diving expeditions and ROV operators. When weather fails to cooperate, the aftereffects reverberate. The latest goings-on in Lakes Huron and Michigan serve as a fitting example.

As reported by The Associated Press, one of the country's main thoroughfares for crude oil production experienced a temporary shutdown after Line 5 – which delivers 23 million gallons of oil per day – was damaged by winter weather much of the nation has experienced in April. The short-lived suspension was widely recommended by offshore project engineers and gained further traction when Michigan U.S. Senators Debbie Stabenow and Gary Peters joined the chorus.

"The reported damage to Line 5 in the Straits is very disturbing," Stabenow said in a statement posted at the senior senator's official website. "A visual inspection must be completed to confirm that the safety and integrity of the line was not compromised. Line 5 should not operate until we know it's safe."

Enbridge, Inc., the Canada-based multinational energy company that maintains the pipeline, confirmed April 16 that Line 5 was up and running again after a comprehensive safety inspection was performed, the AP reported.

The harsh weather-related elements wasn't the only factor that prompted the temporary moratorium on oil flow, although it was undoubtedly the main cause. Also playing a contributing role was a power outage and cosmetic damage left behind by a ship's anchor that seemingly nicked the pipeline. Two electric cables sustained damage as well, possibly leaking cooling fluid.

Line 5 extends into Canada
Located in the Straits of Mackinac and connecting Lakes Huron and Michigan, the Line 5 pipeline runs approximately 4.5 miles long and carries around 87 million liters of crude oil daily. Its starting point is Superior, Wisconsin and crosses the border before emptying out in Sarnia, Ontario.

Enbridge further stated its dispatching an ROV to get a closer look at the damaged section of the pipeline, according to the AP.

Several sunken ships found by divers in Great Lakes
Oil production is hardly the only commercial activity that the Great Lakes host. Over the years, it's served as a compelling point of entry for commercial divers hunting for buried treasure, getting in touch with some of the continent's historical significance below the surface. For instance, in 2016, a trio of underwater explorers discovered what is believed to be the second-oldest shipwreck ever to be found in the Great Lakes, the AP reported. The commercial diving team indicated they believe the 53-foot-long sloop, owned by Canada but built in the vicinity of Lake Erie, is at least 200 years old.  Historians hypothesize the ship sank after the vessel took on water during a harsh storm, likely occurring in November 1803.

From the high seas to the Great Lakes, commercial projects are happening all the time, and Fisk Marine Insurance International serves as the means through which marine contractors can obtain coverage services. From crane and deck barges to research vessels and oilfield projects, whatever you need, Fisk Marine can help you obtain from highly rated marine insurance providers.