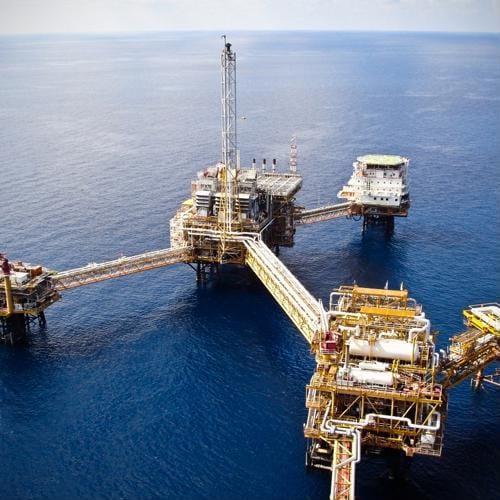 June is busy season for offshore oil and gas refineries. The summer warmth signals an uptick in motor vehicle travel, as families hit the highways and gas stations to fuel their annual road trips.

But it's also an active weather season, fraught with the potential for storm development that can throw a massive wrench into drilling and refining capabilities.

Based on a recently released outlook on how many hurricanes will emanate from the Atlantic Ocean, the next six months could be another white-knuckled ride for marine contractors and offshore engineers. However, the industry says its prepared for whatever develops.

35 percent chance of above-normal hurricane season
The National Oceanic and Atmospheric Administration believes the chances the hurricane season turns out to be more active than normal is 35 percent. The typical year sees around 12 named storms, six of which reach hurricane status. Three become "major," or Category 3 on the Saffir-Simpson Wind Energy Scale.

"Major" was a commonly used term last year, as portions of the East and Gulf Coasts got hammered with an onslaught of tropical storms and hurricanes that resulted in substantial losses both for properties and homeowners. Four of the major storms reached Category 4 capacity, namely Harvey, Irma and Maria. All told, six storms were major, although the NOAA at the time predicted the total would be between two and five. Dating back to 1851, the 2017 Atlantic hurricane season was the seventh most active in recorded history.

Wilbur Ross, secretary of the Department of Commerce, noted advancements in technology have enabled forecasters to get a more accurate determination of hurricane potential and the tracks storms could take.

"The devastating hurricane season of 2017 demonstrated the necessity for prompt and accurate hurricane forecasts," Ross explained.

Even if the upcoming months don't produce more hurricanes than usual, the fact that the NOAA is forecasting a near-normal season with 70 percent certainty is cause for concern. Specifically, the Climate Prediction Center believes between 10 and 16 named storms will take shape between June 1 and Nov. 30, with between five and nine becoming hurricanes. Of these, as many as four have the potential to become major, producing wind gusts that reach or exceed 111 miles per hour.

Producers say they're ready for anything
The oil and gas industry is holding out hope the hurricane season will return to its calm state. Prior to 2017, a major hurricane didn't make landfall in the U.S. for more than a decade, stretching back to 2005, the same year Hurricane Katrina devastated the Gulf Coast. However, professionals within the sectors are taking every available precaution to ensure production maintains momentum if 2018 storm activity is a carbon copy of last year.

During a recent press conference, American Petroleum Institute Midstream and Industry Operations Manager Suzanne Lemieux said it's coordinating with officials at the national and local level so nothing gets missed.

"To prepare and respond to weather events, API works with federal, state, and local first responders and government officials to help promote safety and restore normal operations following a storm," Lemieux explained. "Our industry has developed innovations, technology and knowledge from past big-weather events that has better prepared the industry to withstand future storms."

Lemieux further stated she's confident the industry is ready for whatever Mother Nature has up its sleeves this time around.

Mike Bellman, director of operations and engineering services at the American Gas Association, said the natural gas sector has proven resilient to weather woes, thanks to the pipeline network that primarily operates underground. He, too, noted precautions are in place to restore services quickly should there be one or several weather-caused production disruptions.

If it's been a while since you've updated your coverage, now's the time to get that done, as the hurricane season has already begun. Fisk Marine Insurance International is best equipped to handle your marine and oilfield insurance needs.