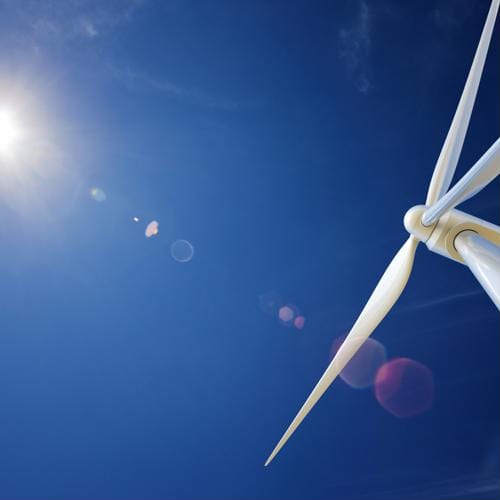 Offshore wind farms are an increasingly common sight around the world, whose maintenance needs entail the services of commercial diving professionals. In the United Kingdom, a newly installed wind farm near the North Norfolk is giving commercial divers yet another venue to strut their stuff.

As reported by the Maritime Executive, Race Bank – an offshore wind farm that covers roughly 75 square kilometers of area – began operations June 13. Capable of generating nearly 575 megawatts of clean energy, the installation has the ability to provide electricity to a slight majority of households in the U.K. Based on the most recent statistics available from the Office for National Statistics, that's the equivalent of 13.6 million residential real estate properties.

Matthew Wright, managing director for Orsed East Coast Hub, the firm that led the farm's construction and ongoing operations, noted the project began as recently as 2016, making this one of the "firsts in terms of the speed with which we've managed to construct, commission and have the turbines delivering power to the grid."

Globe's installed wind capacity may reach 800 GW by 2021
Lauded for its green profile, wind energy – and the technological breakthroughs occurring therein – afford wind with a progressively larger seat at the world's alternative energy production table. Based on data estimates from the Global Wind Energy Council, cumulative global wind power capacity grew more than 12.5 percent in 2016, totaling roughly 487 gigawatts. By 2021, installed capacity is forecast to reach 800 GW or more. According to Renewable UK, the United Kingdom is the world's leading producer of offshore wind development over the past decade, with more installed capacity than any other country. Indeed, in 2017, roughly 50 percent of Europe's offshore windpower derived from the UK, where the wind farms were constructed, the Guardian reported from WindEurope data.

With more wind farms being built in coastal settings, commercial divers participate both in the production and ongoing maintenance of these projects, ensuring that when something isn't working, they can implement the appropriate repairs to ensure problems are fixed. In the U.S., the world's second largest wind energy producer, the country's first offshore wind farm located near Block Island, Rhode Island required teams of commercial divers over the eight years of development, according to Engineering News-Record. At one point during the project, five divers installed 200 concrete mats, each weighing roughly 6 tons that were 8 feet in length and 20 feet in width. These mats provide the protection for the cables that help support the turbines.

Race Bank is fifth largest offshore wind farm in the world
Commercial divers have a Herculean task ahead of them in maintaining the Race Bank wind farm. Not only do a substantial portion of the country's populace get their energy from wind – among the windiest countries on the planet – but with the farm's official launch, it becomes the world's fifth-largest wind farm located offshore. Race Bank is expected to power around 500,000 households in the U.K.

"Race Bank is a fantastic infrastructure project and underlines Orsted's contribution to the U.K.'s energy transition," Wright stated, as quoted by CNBC.

Offshore wind farm development and maintenance helps stimulate the commercial diving sector by providing contractors with fresh work opportunities, fueling the country's economy as well as that of the sprawling continent. According to WindEurope, approximately 4,000 offshore wind turbines dot Europe's landscape in about a dozen countries. Thirteen of the turbines were finished last year, located primarily in the U.K. and Germany, CNBC reported. In terms of electrical power, the U.K. installed 1.7 GW and Germany 1.3 GW.

Offshore is something we're very familiar with at Fisk Marine Insurance International, providing quality coverage services to commercial diving entities, offshore consultants, engineers, projects and managers. To learn how we can insure your business, click the banner below.

Abalone ban now in effect in California in bid to shore up population
Apr 24, 2018