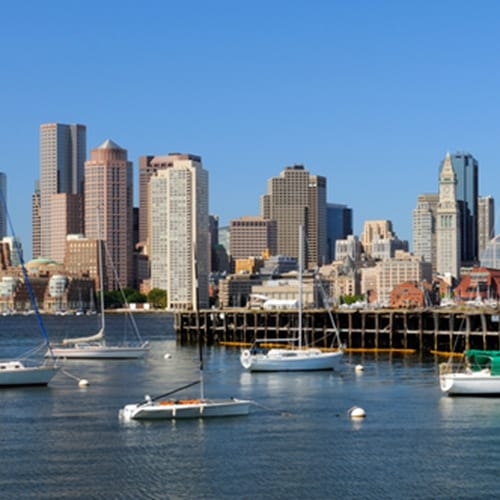 The talk of the town – particularly among motor vehicle aficionados – is the introduction of fully autonomous cars, capable of driving themselves and potentially saving thousands of lives by eliminating driver error. Much less discussed, however, are self-driving boats, perhaps because watercraft aren't nearly as ubiquitous as cars, trucks and SUVs.

Ironically enough, however, the autonomous era may affect the boating world before it impacts automotive.

As reported by the Associated Press, the marine industry is full steam ahead on bringing the autonomous operation generation to waterways everywhere. For instance, off the coast of Massachusetts, experiments are underway, enabling vessels to steer themselves through the use of self-navigating software and sensors.

The reality of autonomous boats has been apparent for quite some time now, with the Amsterdam Institute for Advanced Metropolitan Solutions teaming up with the Massachusetts Institute of Technology a year ago. Arjan van Timmeren, scientific director of the AMS Institute, noted at the time that so-called "Roboats" provide "enormous possibilities" for the marine industry by enabling professionals to take on tasks and assignments that may have been impossible without artificial intelligence.

Maritime industry can no longer rely on outdated technology
Sea Machines CEO Michael Johnson told the AP the introduction of self-driving vessels derived from a mixture of capability and necessity, hearkening back to 2012 when a sunken cruise ship – the Costa Concordia – resulted in dozens of injuries and 32 lives lost.

"We're relying too much on old-world technology," Johnson said. "Humans get distracted, humans get tired."

That autonomous vehicles have the potential to reduce the risks associated with traveling is part of the reason why the autonomous era has struck a chord with both public officials as well as society in general. According to the National Highway Traffic Safety Administration, approximately 95 percent of car crashes are caused by human error. Advocates of self-driving vehicles believe this fact alone could revolutionize the transportation industry.

"Drivers appreciate the feeling of independence that controlling a vehicle offers."

Consumers distrustful of autonomous vehicle era
However, a number of people aren't exactly thrilled about handing over the keys to artificial intelligence. Indeed, according to a survey done earlier this year by Ketchum, over 60 percent of respondents said driving makes them feel more independent and 53 percent indicated having the ability to drive was a key component to adulthood, being a marketable skill. Reluctant self-driving motorists also pointed to their unfamiliarity with the technology as a reason for their reticence.

But Carlo Ratti, an MIT professor, says autonomous boats are much more intuitive than automobiles and therefore simpler for the uninitiated to use. Plus, many boats already have electronic controls, so the transition would likely be rather seamless.

"It would be easy to make them self-navigating by simply adding a small suite of sensors and AI," Carlo told the AP.

When will autonomous boats be commercially available? It's far from certain, but marine technicians believe autonomous ships are within three years from becoming reality.

Skeptics warn that just because the buying public may have the opportunity to purchase autonomous vehicles – whether boats or cars – doesn't mean that they will. Mark Wakefield, managing director of automotive practice AlixPartners, said manufacturers have to be ready and willing to engage with consumers' questions and allay their worries regarding safety. In a recent poll, AlixPartners found that 80 percent of respondents were fearful about what would happen if their autonomous vehicle experienced an equipment breakdown.

The future of the autonomous era is far from certain, nor are the assignments and tasks that professionals in the marine industry take on. What you can guarantee, however, is Fisk Marine Insurance International's commitment to personalized service, providing affordable marine insurance coverage that comes through when you need it the most.