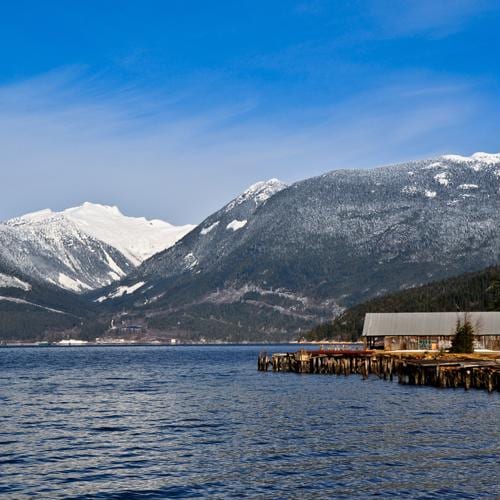 If you're in marine contracting and looking for a change of scenery – or perhaps contemplating a career makeover  – you may want to consider making Canada your new backyard. The Seafarers' International Union of Canada and Seafarers Training Institute is hoping that you will, with the launch of a new recruitment program.

The aptly named initiative, dubbed "Be A Seafarer," is designed to encourage professionals – as well as those hoping to join the vast industry – to take their talents to the country whose motto is "Sea to Sea," flanked by the Pacific to the west and the Atlantic to the east.

"Canada's marine economy is thriving, and more demand for seafarers means a long and stable career," the website noted on its homepage.

1 in 4 seafarers in Canada to retire within five years
Healthy though the sector may be, much of Canada's seafaring workforce is entering retirement. Indeed, it's expected that between 20 and 25 percent of Canada's professional seamen and women will sail into the retirement sunset by 2023, leaving a substantial hole for the industry to fill. The SIUC and STI is hopeful that this campaign will pay dividends, which is co-sponsored by the Algoma Central Corporation, Groupe Desgagnes and Canada Steamship Lines.

Jim Given, president of the STI, indicated that Canada's marine contractors are getting older, with approximately half of STI's membership 50 years of age or older. Less than 13 percent are 30 years of age or younger.

"As a company … it's been very slow getting off the mark with recruitment," Given told Global News. "Shortages have been predicted for years, and we're finally in that position where shipping and the marine industry [have] taken off and we have to keep up with that supply."

Society's love affair with the coast – in and around Canada, in particular – traces back thousands of years. In fact, according to a study published in the journal PLOS ONE this past March, human footprints believed to be 13,000 years old were recently discovered along the outer banks of British Columbia. Researchers from the Hakai Institute and University of Victoria happened upon the markings after excavating intertidal beach sediments on the shores of Calvert Island, according to the news release. The findings are fresh evidence of mankind's indomitable spirit during the most recent major ice age.

Those new to the industry stand to earn $60,000 per year
Aside from the sprawling variety of disciplines available to mariners, the seafaring industry is highly stable, offering plenty of job security. The "Be a Seafarer" website points out that new recruits can make $60,000 or more in annual salary, even for those whose experience is limited. Given told Global News that while the marine industry was at one time generational – meaning at least one or several adult children went on to become seafarers like their parents – things have changed in recent years.

"The younger people looked at different careers [and] different places," Given conceded. "We're hoping now with the way the ships are, how modern they are, that we can attract them back into the industry."

He went on to note that while seafaring can be a labor-intensive job, often involving long hours and being away from one's home for extended periods of time, it's highly rewarding and filled with activities and assignments that make each day a new experience.

The Seafarers Training Institute and Seafarers International Union of Canada urges anyone 18 years or older to apply.

There's a reason why we're Fisk Marine Insurance International – we provide a sweeping range of marine and other insurance products to commercial marine professionals like you all throughout the world. Wherever your seafaring trails may take you, count on us to provide the solutions for all your coverage needs.