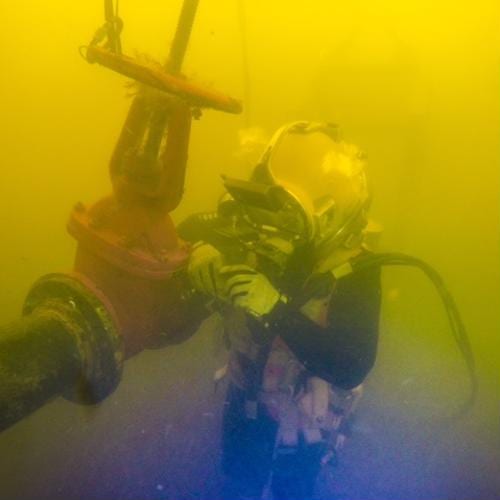 No one is perfect. It's why more than 90 percent of car accidents on U.S. roads stem from human error, which safety experts believe may be solvable once fully automated vehicles go mainstream according to the National Highway Traffic Safety Administration.

But just as motorists are prone to error, so too are marine contractors. However, taking a page straight out of the "Minority Report" film script, researchers in Australia are working on technologies that may be able to predict the likelihood with which mistakes occur.

Mistake susceptibility determined via Human Error Probability Value
Reported by the Maritime Executive, Dr. Rabiul Islam, researcher at the University of Tasmania's Australian Maritime College, noted that the probability of seafarers and marine workers doing something accidentally can be gauged on several factors, specifically how much training they've received, what level of experience they have and their alertness. Other influences are also at play – such as the quality of system monitoring and communication effectiveness – but the aforementioned are the main variables.

To estimate just how prone workers are to error and oversights, they're ranked on a nine-point ascending scale, with high scores indicative of superior skill, but the opposite for the fatigue factor (e.g. a nine would be considered extremely fatigued). Combining this data produces a worker's Human Error Probability Value.

Islam noted he's confident that when his work is completed, it should greatly enhance marine contractors and businesses' workflow and reduce on-the-job injuries.

"The unique and user-friendly tools will help the chief engineer or captain to quickly estimate human error probability, rather than following step-by-step procedures," Islam explained, as quoted by the Maritime Executive. "They could also be used as guidance for shipowners, operators, masters and classification societies to better prepare, prioritize and sort the maintenance activities for safe and reliable onboard maintenance operations to reduce the potential of accident occurrence."

Workers injured once every seven seconds
On-the-job injuries happen frequently, and in some industries are at all-time highs. It's estimated that almost 13,000 people are hurt while at work daily, according to the National Safety Council. This translates to an injury every seven seconds and 4.7 million per year. Of the leading five occupations whose employees are on the disabled list the most, installation maintenance and repair is fourth, behind service, transportation and manufacturing/production, respectively.

Transportation-related activities are a core component of the maritime industry, and it's also the leading cause of deadly accidents. According to the Occupational Safety and Health Administration, being struck or run over by vehicles – such as forklifts and front-end loaders – lead to more fatal injuries in the longshoring sector than any other type of accident, more common than drowning or slip and falls.

The automotive industry is hopeful self-driving technology will help reduce – perhaps even end – highway fatalities. Recent reports have indicated they have a long way to go, however. Boat building efforts have had more success, with Rolls Royce recently establishing in testing the autonomous vessel its working on has an error rate lower than what collision avoidance rules allow for, The Maritime Executive reported in March.

Nothing is more important than your workers' safety when they're out on the water, whether engaged in commercial diving services or offshore engineering. But accidents happen, and if they do, Fisk Marine Insurance International goes to work for you.

Here's a list of the marine, property and casualty coverages obtainable through Fisk Marine.