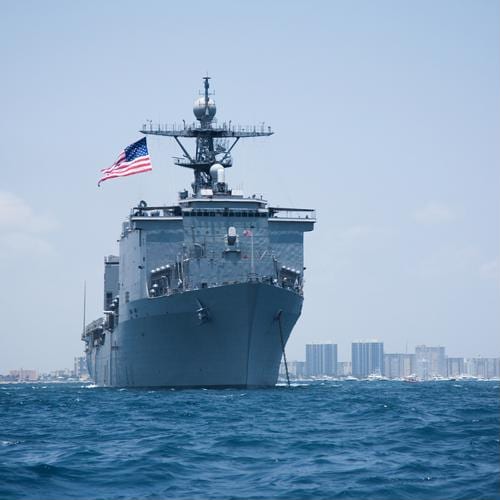 The widespread realization of the autonomous vehicle era suffered a setback after reports of the tragic death of a pedestrian in Arizona, who was fatally injured when she was struck by a self-driving vehicle. Automakers and the government have invested millions in autonomous technology, with the eventual aim of ending deadly road crashes, which 9 times out of 10 stem from human error.

It may be awhile before safety officials work the kinks out and driverless cars are sold, but in stark contrast, autonomous boats may be commercially available sooner than project manager and ROV operators realize, proving to be safety-compliant on the high seas.

Rolls Royce entering autonomous boat fray
The latest example of this comes from the luxury brand Rolls-Royce, which recently completed a research project that found autonomous boats satisfy the standard needed to show that they can prevent a crash from taking place and adhere to COLREG rules (collisions avoidance regulations).

As reported by the Maritime Executive, the luxury manufacturer came to this determination after completing a project done in tandem with other organizations and institutions – including the Warsash Maritime Academy and Queens University Belfast – called MAXCMAS, short for Machine Executable Collision Regulations for Marine Autonomous Systems.

It determined that navigational systems powered by artificial intelligence were so effective they met the COLREG rules, and in some instances surpassed them. This was evidenced after crewless vessels successfully avoided structures and obstacles that they were strategically positioned to hit.

Ralph Dodds, program manager for innovation and autonomous systems at Atlas Elektronic, said the test was a resounding success.

"The trials showed that an unmanned vessel is capable of making a collision avoidance judgment call even when the give-way vessel isn't taking appropriate action," Dodds explained, quoted by The Maritime Executive. "What MAXCMAS does is make the collision avoidance regulations applicable to the unmanned ship."

This wasn't a random attempt in which autonomous navigation technology proved effective. Rolls-Royce maintains MAXCMAS technology has been "thoroughly tested" in a variety of simulations, both in controlled settings as well as on the water.

U.S. Navy's Sea Hunter launched in 2014
Manufacturers, luxury or otherwise aren't the only entities optimistic about autonomous boat technology. The U.S. Navy is as well. In fact, since 2014, this branch of the armed forces has been examining how autonomous vessels can be a boon in terms of strategic defense. It already has one on the waters. Appropriately titled, the 132-foot long Sea Hunter is entirely autonomous and can reach speeds of 27 knots, according to RTInsights.

Just how fast the surface vehicle can move rivals that of the naval vessel Rolls-Royce is working on, which the company says can reach speeds of at least 25 knots, according to a press release.

When will driverless boats become common sights on the waters? Like autonomous motor vehicles, that's up for debate, but some believe it could happen within the next 10 years, according to The Merkle.

Technology is always evolving. Fisk Marine Insurance International is appreciative of this fact, being a company that offers boat insurance services as well as information on how the marine industry is adopting and adapting to the autonomous era.