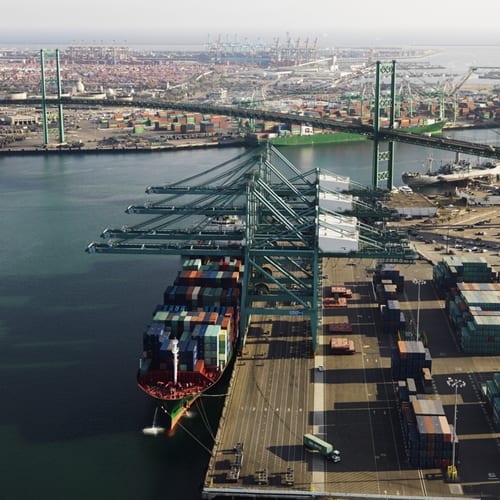 In a move that's likely to provide more work opportunities for marine contractors – and further stimulate the nation's economy – millions of dollars in grants are being awarded to several of the country's shipyards.

Earlier this month, 18 shipyards were given a combined $9.8 million in grants through the U.S. Department of Transportation's Maritime Administration's (MARAD) Small Shipyard Grant Program. Shipyards are almost by definition small, typically employing fewer than 600 workers overall. You wouldn't know it, though, based on the sheer amount of production that derives from them, accounting for $37.3 billion in gross domestic product in 2013, the latest year for which data is available.

"Shipyards contributed more than $37 billion in gross domestic product in 2013."

Elaine Chao, U.S. Transportation Secretary, said these grants will enable small shipyards to more effectively compete with those from other parts of the world, while at the same time breathe new life into local economies.

"Small shipyards play a significant role in our country's maritime sector, which contributes to our economy, security, and infrastructure," Chao said in a statement. "In addition, these grants will support local communities by creating jobs for working families."

Shipyards created 400,000 jobs since 2008
Even though shipyards are typically found in states that border major waterways – like the Gulf of Mexico, Atlantic and Pacific Oceans – virtually every state is in some way influenced by shipyards, given ports being a key outlet through which shipments are received and transported to stores for consumers to buy. Since 2008, shipyards have helped create 400,000 jobs and more than $25 billion in labor income, according to government data.

The shipyard grant recipients are located in just about every region of the U.S. and several states, including Maine, Massachusetts and Rhode Island in the Northeast; Pennsylvania, South Carolina and Virginia in the Mid-Atlantic; as well as Texas and Louisiana in the Gulf Coast. The money distributed will further projects already underway or go toward the purchase of various necessary installations, such as a processing systems, mobile cranes and marine transporters.

The marine industry is one of several that are in expansion mode, evidenced by fewer people in the country who are out of work and more than a million jobs added to the economy in 2017 alone, according to the Labor Department. The unemployment rate nationally is 4.4 percent as of August, down from 10 percent in October 2009.

Hawaii shipyard plans to hire hundreds
Shipyards are looking to increase their ranks in a multitude of locations. For instance, in Hawaii, the Pearl Harbor Naval Shipyard aims to recruit 350 employees in order to keep pace with demand, according to Hawaii News Now.

Maurice Honeywood, administrative officer at the Pearl Harbor Naval Shipyard, said there are a host of open positions that workers in a variety of fields may be eligible for, including welding, contracting, engineering and information technology.

"It's very tough, but we feel what we have to offer here at the shipyard is competitive with anybody else," Honeywood told the local news affiliate.

The awarded grants will also go toward modernizing operations, something that the nation's public shipyards are in need of, according to a recent report from the Government Accountability Office. Maintained by the U.S. Navy, the U.S.' four public shipyards will need approximately $9 billion in capital investment over the next 12 fiscal years,  the GAO estimates, as reported by Naval-Technology.com.

Shipyards is just one of the industries that Fisk Marine Insurance International provides services for, lending the quality assurance offshore engineers need to protect their work processes. Here's a listing of the other marine-related fields for which Fisk Marine offers insurance products.