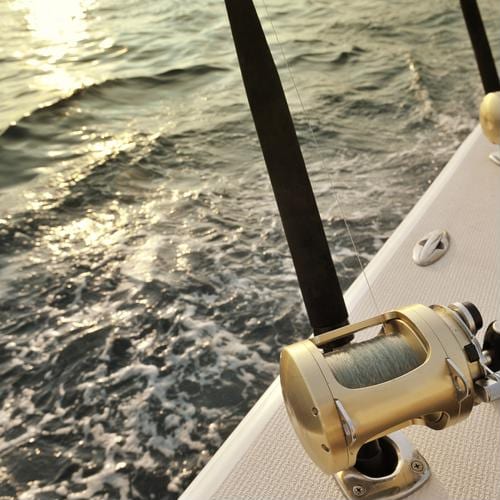 Commercial fishermen may consider themselves ordinary Joes, going to work every day to provide for their families as well as the seafood-loving public. But a newly released study suggests they may also be doing an extraordinary deal of good to the environment by contributing less carbon dioxide emissions to the earth's atmosphere.

The study – published in the journal Nature Climate Change, conducted by researchers from Australia's University of Tasmania and reported by The Maritime Executive – noted that comparatively speaking, the fishing industry results in less carbon dioxide contributions per kilogram of protein than does the meat producing industry. The same is true when contrasting the fishing sector with that of poultry, though the difference in carbon emissions isn't quite as significant.

"25% of the globe's greenhouse gas emissions comes from food consumption and distribution."

Robert Parker, lead author of the study and professor at the University of British Columbia in Vancouver, noted both the consumption and distribution of food is responsible for around 25 percent of the globe's greenhouse gas emissions in the form of methane.

"Animal protein is an important source of nutrition, but it is also one of the world's largest contributors to global climate change, responsible for roughly half of all food production-related emissions," Parker explained, as quoted by The Maritime Executive.

Indeed, cattle is responsible for the highest level of emissions among livestock, responsible for approximately two-thirds of the total according to the Food and Agriculture Organization of the United Nations. Also contributing to emissions from an activity perspective – though to a lesser extent – is feed production and processing.

Meanwhile, Australia's fishing industry greenhouse gas emissions are virtually negligible comparatively speaking, comprising a mere 0.5 percent for the globe overall, the study found. The share may be even be lower, were it not for the fact that much of the country's commercial fishermen go after species that have high levels of carbon on a pound-for-pound basis, specifically rock lobsters and prawns.

Carbon emissions from U.S. fisheries minimal
Caleb Gardner, professor at University of Tasmania's Institute for Marine and Arctic Studies, noted that overall, Australia's fishing industry produces 11 pounds of carbon for every pound of fish caught. In the U.S., the ratio is 3.5 to 1. The reason for the distinction stems from the type of fish the respective industries target and the amount of carbon catch emit.

The difference in emissions between the marine industry and meat industries, however, is much more stark.

"Globally, carbon emissions from marine fisheries are comparatively low compared with the environmental cost of red meat such as beef and lamb," Gardner stressed. "[It] is estimated to range from 50 kilograms to as much as 750 kilos of carbon per kilogram of meat."

Gardner encouraged people to reduce their carbon footprint is by taking advantage of commercial fishermen's catch, choosing to eat fresh fish more often as opposed to red meat. Fish high in omega-3 fatty acids, like mackerel and sardines, are some of the best options for limited carbon composition.

50 percent say climate change is a serious concern
With Earth Day around the corner, climate change is an issue many people are concerned about. Fifty percent of Americans say global warming is a problem that requires swift action, according to a 2017 Gallup survey. That's up from 37 percent in 2015. Of "concerned believers," two-thirds believe it will become a serious risk to their well-being before they die.

While commercial fishing operations can play a role in keeping the earth more sustainable, accidents happen. Fisk Marine Insurance International has the fishing charter insurance protection that can protect you from liabilities that may result. Take a look at our commercial watercraft insurance section for more details on coverage