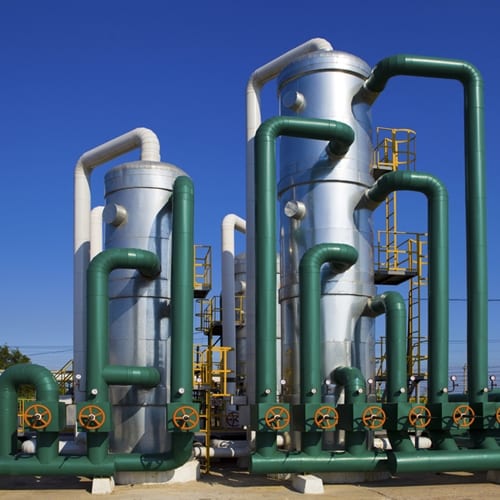 After one of the more drenching hurricanes to hit the Gulf Coast in history, causing an untold amount of damage and drop in work productivity, oil and gas projects are up and running again, though they remain far from operating at full capacity.

"At least a quarter of the U.S.' oil refining capacity emanates from the Gulf Coast."

Several of the nation's largest oil refineries were closed for business during the height of Hurricane Harvey, the first major named storm to hit the U.S. since 2005. At one point, over a dozen refineries in the Gulf were not in operation, CBS News reported, sending shock waves to consumers at the pump. Prior to the hurricane, unleaded regular averaged approximately $2.39 per gallon, according to the U.S. Energy Information Administration. Since then, the price of gasoline has jumped by nearly 30 cents in several parts of the country. Much of this is due to how much of the U.S.' oil refining capacity stems from the Gulf Coast, averaging between 25 percent and 50 percent, according to the EIA and the American Petroleum Institute.

Refining activity back on line in parts of Houston
Now that Harvey is gone, smaller refineries have reopened, Industrial Info Resources reported, but some of the nation's largest are still on pause. Slowly but surely, however, pumping is returning to normal. S&P Global Platts reported that even includes oil and gas projects in Houston, which bore the brunt of Harvey's wrath.

While offshore oil and gas projects may have the capital and resources they need to overcome the challenges that Harvey created, the same can't be said for the tens of thousands who were displaced by the weather maker. Officials conservatively estimate that at least 100,000 homes have been damaged by the hurricane, which left parts of the Lone Star State awash in more than 50 inches of water, making roadways and bridges impassable. Furthermore, according to the Insurance Information Institute, a majority of those affected by Harvey did not have flood insurance. In the U.S. as a whole, only 12 percent of homeowners have flood coverage, which is separate from homeowners insurance.

Huge response from relief organizations
However, the relief response effort has by virtually all accounts been tremendous. As of September 2nd, more than 2,600 workers from the American Red Cross were on the scene, according to the Federal Emergency Management Agency. Tens of thousands of individuals, through the American Red Cross' assistance, were successfully transported to area shelters, including over 37,000 in Texas, 2,000 in Louisiana and around 60 people in Tennessee, where Harvey's impact was felt but to a lesser extent. Additionally, FEMA has helped distribute food, water and other essentials to those affected, including 4.7 million meals in Texas alone, to go along with 4.3 million liters of water.

Meanwhile, with some homeowners able to return to their properties and refineries, back from the protracted pause, FEMA and the API are advising businesses and residences to conserve energy as much as possible. It generally takes a few weeks for refineries to return to 100 percent of their operating capacity, so gas prices will likely remain higher than what's been typical for a while longer. The demand for petroleum has been elevated in recent months, with deliveries in July up 5 percent compared to last year, API reported. At approximately 20.7 million barrels per day, that's the highest amount of petroleum deliveries for July since 2007.

Oil field project managers in the Gulf Coast have a tough task ahead of them, looking to restore operations as quickly as possible in Harvey's wake. Fisk Marine Insurance International prides itself on crafting solutions to our clients' needs so professionals can respond to the challenges they face in real-time.