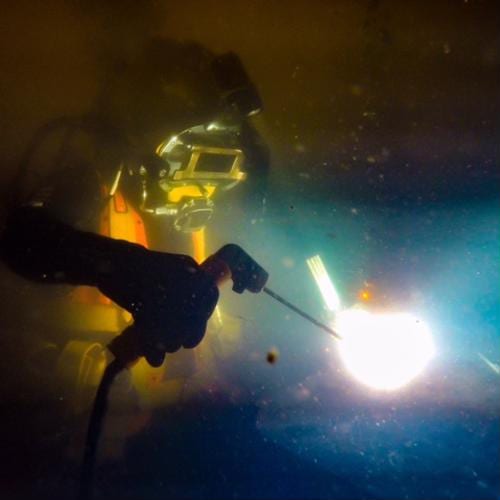 Every year, the state subdivisions of the U.S. Small Business Administration distribute awards to entrepreneurs who go above and beyond the call of duty in their contributions to their local and state economies. This year in Pennsylvania, a small-business owner with a military background who specializes in providing commercial diving equipment is being formally recognized [passive].

Earlier this month, the Eastern Pennsylvania chapter of the SBA named Chris Gabel as the recipient of the 2018 Veteran-Owned Business of the Year. Gabel's company, Ocean Eye, Inc., is based out of Elverson and primarily serves the commercial diving community, where professionals can purchase equipment, get repairs or receive training.

Speaking to the Daily Local News, the Navy veteran said he felt like his community needed to have a commercial diving outlet to go to, which along with being a commercial diver himself, served as his inspiration for launching the company back in 2005.

"There are very few places to take equipment for repairs," Gabel explained. " I wanted to make a change to the industry and make it safer."

Gabel referenced a 2007 study from the Centers for Disease Control and Prevention, which found commercial divers were 10 times more likely to be injured when compared to recreational divers over a given 1,000-hour period.

Interest in diving started with SCUBA
Gabel speaks from experience because in addition to being a commercial diver, he got his feet wet after taking interest in SCUBA diving 30 years ago while he was an active member of the U.S. Navy, the Daily Local News reported. On duty, his roles were multifaceted, including diving tasks and computer networking.

Gabel's military background isn't unusual for commercial divers, as experts within the industry say the occupation serves as a fitting transition to civilian life. Indeed, the CDA Technical Institute in Florida has a diving program geared for veterans specifically. The school is owned by a former full-time member of the military. At its website, the CDA Technical Institute says veterans who sign up can become certified commercial divers in as few as five months.

The Divers Institute of Technology – based out of Seattle, Washington – also makes training available to veterans. More than 50 percent of the DIT's staff were in the armed services.

Don Barthelmess, treasurer for the Association of Commercial Diving Educators, told the Northwest Guardian vets are uniquely qualified to handle the tasks associated with work under the sea.

Familiarity with training, protocol, orderliness and attention to detail are a few of the reasons why military members make for great divers, Barthelmess added.

Commercial diving field is a growing one
There are opportunities for work in the commercial diving field, as well, according to the most recent data from the Bureau of Labor Statistics. Gabel can testify to this truth given that he plans on moving to a new location that affords 14,000 square feet of space, more than double the size of his current store, according to the Daily Local News. Contributing to the economic vitality of Pennsylvania is part of the reason why Gabel received the distinction, noted Antonio Leta, director of SBA Eastern Pennsylvania.

"Every year the award winners honored at this event have truly distinguished themselves and represent the very best that the eastern Pennsylvania small business community has to offer," Leta said in a press release.

As to what Gabel's commercial diving duties involve, he provides search and recovery assistance to private and government-affiliated organizations and is also a member of the SEAL Association's underwater demolition team, the paper reported.

No matter where your commercial diving company operates out of or the tasks your services involve, Fisk Marine Insurance International provides access to comprehensive and extensive coverage that are built to adapt to the changing circumstances that are endemic in the commercial diving profession. Find out more by contacting us directly.

Abalone ban now in effect in California in bid to shore up population
Apr 24, 2018