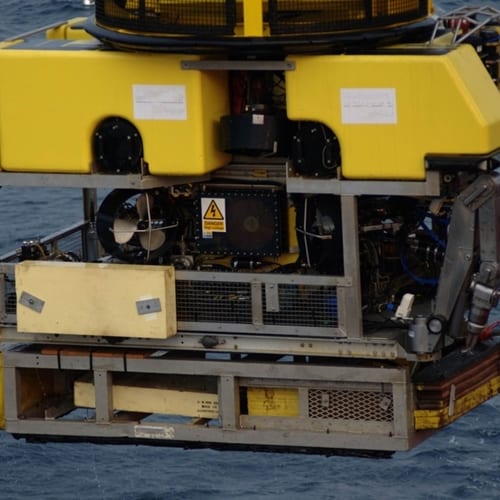 Offshore oil field consultants would be the first to acknowledge that technology has changed the oil and gas sector in boatload of ways. Through the use of ROVs, extraction is easier to come by, providing the necessary energy services that literally fuel active lifestyles and business operations. Remotely operated vehicle advancement will only continue to develop, and as a result, the International Marine Contractors Association has updated its classification system to make way for the latest and greatest additions.

Reported by Hydro International, the revised IMCA guidelines expand an already impressive array of tasks that ROVs are capable of performing. For instance, ROVs that fall into Class I are those used exclusively for observational purposes, the most basic of ROV functions. Class IIA is also an observational class, but Class II ROVs also have a payload option. Class IIB are ROVs that have intervention and construction capability, but also fall under the observational umbrella.

Six classes in all
All told, there are now six ROV class designations, categorized in ascending fashion, based upon their degree of capability and intelligence, according to Hydro International. Classes III through V are working class vehicles, able to perform weight-bearing tasks that require heavy lifting and manipulation often involved in construction. For instance, Class IIIA ROVs are those that have a payload capacities of 440 pounds, while Class IIIB can withstand up to roughly 6,000 pounds, or the equivalent of approximately 3 tons.

Class VI and VII are ROVs particularly fitting for offshore oil field engineers, having autonomous underwater capability, which also come in handy for the oceanographic industry as well as the military.

Majority of transportation industry getting ready for autonomous age
The autonomous vehicle era is just around the corner, and the transportation industry is preparing for its imminent arrival, both inside and outside the maritime sector. Within the next 12 months, 30 percent of transportation executives say robotics will be used in some form or fashion for their business operations, according to polling done by ABI Research. When including those who are looking into the possibility, the rate jumps to a solid majority at 52 percent.

With ROVs' technological advancements continuing to progress, offshore project managers are broadening their horizons. This is particularly evident off the coast of Mexico. Indeed, according to Offshore Magazine, exploration and production is intensifying around Veracruz, Tabasco and Campeche. Approximately three dozen companies took part in the bidding, which occurred in June.

To remain competitive and capitalize on the golden era of technological advancement, offshore project managers are scouring the earth for extraction possibilities. Fisk Marine Insurance International offers a suite of high quality insurance products that cover all the bases, including vessel pollution, extraction equipment and employment practices liability.