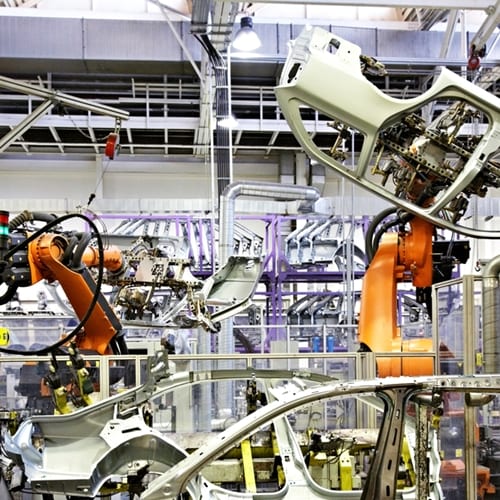 From the newsroom to the courtroom, industries that you wouldn't think would be affected by the rise of automation are in the crosshairs. In many respects, workplace automation makes employers and their workers' jobs easier. Maritime employers use ROVs to reach depths that may be too dangerous for commercial divers to reach, for example. Additionally, automation can often create jobs that didn't exist previously, as machines break down and need to be maintained to avoid the effects of wear and tear.

But even among those whose jobs are legitimately at risk, few Americans believe they'll be on the unemployment line any time soon, according to a recent survey.

"30% believe automation will make their jobs easier to handle."

Just 14 percent of employees fear that the implementation of automation will force them to look for alternative work, a new poll conducted by Randstad shows. To the contrary, nearly 1 in 3 – 30 percent – think the rise of the machines will be a net positive, making their jobs easier to handle.

In numerous occupations, production has been – or soon will be – strongly facilitated by automation services. In the transportation industry, for example, 30 percent of respondents to a recent ABI Research poll said they intend to introduce robotics into their methods of production within the next 12 months. Approximately 1 in 4 – 22 percent – said they're "assessing" the possibility.

Majority of workers open to retraining
Not only are most workers confident that they'll still have a job several years from now once automation is more ubiquitous, but they're open to going the extra mile to remain valuable. Indeed, 51 percent of respondents in the Randstad survey said they would be more than happy to retrain, so long as they were being compensated at or more than the same rate as before.

"These sentiments should be welcome news for companies as they seek greater adoption of automation to drive productivity and innovation," said Linda Galipeau, CEO of Randstad's North America division. "As we have known for quite some time, the success of organizations in the future will depend greatly on their ability to strike a balance between valuable human insight and interaction with technology."

She added that as far as artificial intelligence has advanced, human behaviors and contributions still aren't fully replicable. As such, employers should emphasize the types of thinking that AI can't perform – like abstract thinking and complex communications – when retraining workers. This way, automation can be used as a supplement rather than a replacement.

Few worried about looming job loss
Even for those who do believe that their jobs are on the line as a result of automation, few think their ouster is imminent. Just 4 percent of respondents in a Gallup poll said they highly suspected their positions would be eliminated within the next five years. And only 9 percent thought it was "somewhat likely."

An increasing number of indications suggest automation will be used as a means to increase production, alongside the workers who put their noses to the grindstone every day. That's what Fisk Marine Insurance International specializes in, offering a full range of marine and other insurance products that supplement production by covering the bases when the unexpected happens. Learn more here.