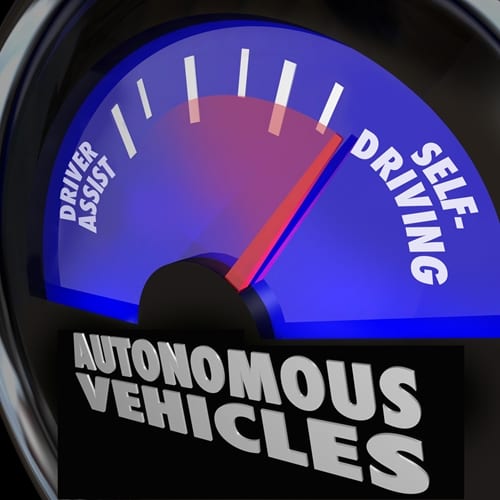 Marine contractors may not be driving to their workplace in self-driving vehicles just yet, but it's sure looking like things are headed in that direction, given the amount of autonomous features that the majority today's models have standard.

More than 60 percent of new motor vehicles sold by auto dealerships have safety enhancements that are controlled by robotics, Edmunds reported, based on figures compiled by the Society of Automotive Engineers. That's a considerable amount of growth from as recently as 2012, when less than 25 percent of new vehicles had Level 1 or Level 2 autonomy.

Car buyers say they'd spend $2,000 extra
With so many automakers equipping today's lineup of cars with these safety enhancements, consumers are very interested in buying them – and are willing to spend more in the process. Indeed, 40 percent of respondents in a new Edmunds poll say they'd be amenable to paying up to $2,000 extra if their next car had autonomous features.

"While there are a number of ways one can define who's 'leading' in the race to autonomy, analyzing the prevalence of active safety features demonstrates just how ready [original equipment manufacturer] are to bring this technology to mass production, and how willing consumers are to adopt it, Caldwell explained. "While some car buyers may view a fully autonomous vehicle as a novelty, a vehicle that has the ability to prevent an accident before it occurs is seen as a safety breakthrough."

"Automatic brakes reduces the incidence of rear-end crashes by 40 percent."

This is made possible through features like brake assist and automatic emergency braking. In a 2016 study conducted by the Insurance Institute for Highway Safety, researchers found cars with automatic braking reduced the incidence of rear-end crashes by 40 percent, on average. Forward collision warning systems, meanwhile, cut rear-end accidents by 23 percent.

Caldwell noted how when state-of-the-art technology is first introduced – whether in the automotive world or the consumer products universe – it typically takes some time before they work their way into more offerings, mainly due to cost restrictions. However, entities like the National Highway Traffic Safety Administration have been urging automakers to make these features standard and, for the most part, they've obliged.

NHTSA aims to get rid of 'unnecessary barriers'
How long will it be before fully autonomous vehicles become commercially available? No one knows for certain, but NHTSA is looking to expedite the process by removing "unnecessary regulatory barriers," according to Reuters. In a recent report from the auto safety agency, NHTSA says that it is considering rewriting some of the regulations that have legislated how self-driving vehicles can be brought to the consumer market, but is seeking comments from experts before coming to a decision. Last year, NHTSA specifically mentioned the "substantial" amount of regulatory hurdles that automakers faced when it comes to installing features that can't be overridden by human operation.

According to the Society of Automotive Engineers, there are six "levels" of autonomous motor vehicles. Level 0 cars are entirely controlled by the person who is at the wheel, while Level 5 are fully autonomous. With nearly two-thirds of new vehicles falling in the Level 1 or Level 2 categories, this means most of today's vehicles are human controlled, but certain aspects don't require operator assistance, such as cruise control, lane centering and parking.

The advancement of technology never stops, as marine contractors and ROV operators can attest. ROVs were once the wave of the future but are now customary. At Fisk Marine Insurance International, we're appreciative of this reality and are committed to providing practical solutions to our clients' exposures as they change with the times.