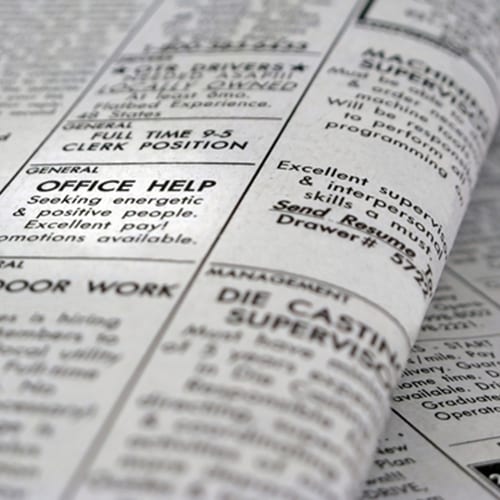 The recession was highly impactful for the U.S. economy and businesses in particular, as mass layoffs helped push the unemployment rate up to 10 percent in October 2009, according to the Labor Department. But employers are hiring again, evidenced by the more than 1 million jobs created in the past year and the jobless rate falling to a mere 4.2 percent, based on the most recent data available.

Yet despite more Americans being back on the job, companies are having a difficult time finding candidates who possess the skills needed to fill open or newly created positions. As a result, businesses are turning to contractors to close the gap, which could be the moment of opportunity commercial diving and marine contractors have been waiting for.

In a recent poll, which asked business owners to name the top challenges they're expecting to face in the next 12 to 18 months, the most commonly cited response was a lack of qualified workers, according to a newly released survey conducted by ISN, a supply information management firm. Because of this, nearly 45 percent of respondents said they expect to outsource, mostly to third-party contractors, to make up the difference.

Jobs openings go unfilled for several months
It isn't so much that today's workers don't have the knowledgeacumen they need to perform, but rather an increasing number of positions involve tasks that the highly qualified are more likely to be equipped for. As a result, many openings have remained unfilled for months. Indeed, in a poll carried out earlier this year by CareerBuilder, 60 percent of employers said open jobs took 12 weeks or more to fill.

"The gap between the number of jobs posted each month and the number of people hired is growing larger as employers struggle to find candidates to fill positions at all levels within their organizations," said Matt Ferguson, CareerBuilder CEO. "There's a significant supply and demand imbalance in the marketplace, and it's becoming nearly a million-dollar problem for companies."

"Internal and external constraints – such as competing internal priorities, shortage of qualified workers and an increased reliance on subcontractor relationships – continue to put pressure on companies that hire contractors," Eastin explained. "It is essential to have a strategic contractor management plan in place that ensures work is being completed in a safe, reliable and sustainable manner."

Contractors – both marine and otherwise – are being relied upon to such an extent, they now are responsible for much of the work that businesses have to perform. In fact, in the ISN survey, roughly 50 percent of business owner respondents said contractors completed between 40 percent and 100 percent of on-site work.

Businesses look to improve safety adherence
Because companies rely so much on contractors, this itself is an arena that business owners aim to improve. For example, the safety performance of employees as well as contractors was pointed to as the biggest priority for organizations that regularly deal with third-party contractors, ISN reported from its findings. Strengthening business continuity and operational resilience were also listed as goals in the contractor management sphere.

"The survey data confirms what we've seen in the industry: Leading organizations drive a safety-first culture and maintain a documented strategic plan for their contractor management objectives," said Dag Yemenu, ISN senior vice president of technical services. "By establishing a clear communication strategy, incorporating a risk-ranking process and integrating internal business processes, a sustainable contractor management system is one that enables you to meet your safety and compliance objectives while promoting a culture of transparency, partnership and continuous improvement."

Given the risks that commercial diving often entails, safety is of high priority in the marine industry. Certain medical histories can prevent aspiring commercial divers from entering this occupation. Conditions that may disqualify individuals from further pursuit include – but are not limited to – a history of seizures, certain lung diseases, hearing impairment or ongoing problems with middle and inner-ear pressure, according to the Association of Diving Contractors International.

Qualifications are a core component of marine contracting, both in terms of personnel and insurance coverage. Fisk Marine Insurance International has been providing insurance services to this industry for more than quarter of a century. Many of our clients have been with us from the beginning, knowing the lengths we go to protect their assets.