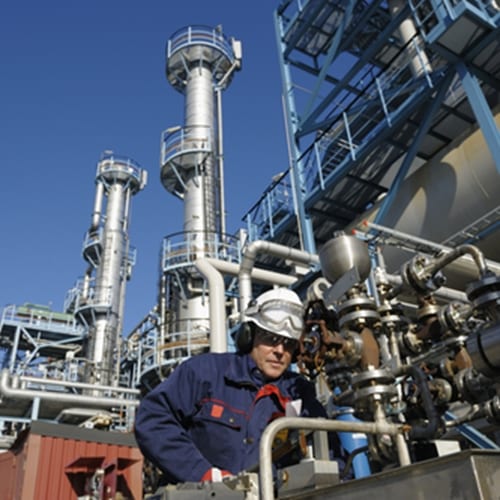 Oil and gas management professionals have been hard at work over the last few months, aiming to produce more supply after one of the busier hurricane seasons in recent memory, primarily affecting the Gulf Coast. This forced many refineries to dial back production. Now that the tropical storm period is just about over, refineries are ramping up deliveries in order to prevent consumers from experiencing sticker shock with winter weather around the corner.

"Refineries produced 20.4 million barrels of oil per day in September."

In September, the most recent month for which data is available, petroleum demand reached a 10-year high, with deliveries increasing nearly 2.5 percent from the same month in 2016, according to the American Petroleum Institute. There was a nearly equivalent increase in petroleum output for the third quarter as a whole, with deliveries rising 2.1 percent compared to the corresponding three-month period last year. All told, refineries pumped out around 20.4 million barrels of oil per day, putting deliveries roughly 1.2 percent ahead of 2016 in year-to-date estimates.

Hazem Arafa, API director of statistics, noted how the U.S. economy has performed well over much of the past year and the oil and manufacturing industries have helped contribute to its vitality.

"Strong petroleum demand is good news for the overall economy, which grew for the 100th consecutive month, and economic activity in the manufacturing sector expanded in September," Arafa explained. "This positive economic growth is benefiting America businesses and workers."

Oil supply at lowest point since 2015
Consumer buying is one of the biggest contributors to the economy, and the nation's populace has done its part by purchasing goods and services with more discretionary income to work with. An unusually warm fall has also played a part, preventing them from devoting as much of their earnings toward utilities. However, Old Man Winter is approaching, and when it does, energy experts warn that homeowners who heat their homes with oil may be spending more, due to a dearth of supply. Indeed, domestic stockpiles of heating oil are at their lowest ebb since 2015, according to Bloomberg, largely due to the plethora of major hurricanes that made landfall in late summer, specifically Harvey, Irma and Maria.

Though it's not yet known for a certainty, most winter fuel prices are projected to increase, potentially by as much as 12 percent for natural gas, 17 percent for home heating oil and 18 percent for propane versus 2016, the U.S. Energy Information Administration forecasts.

"Refiners seem to be behind the curve in producing distillate," Flynn explained.

Homeowners in the Northeast may feel it in their wallets the most, as approximately 20 percent of homes in this portion of the country use home heating fuel to keep warm, Bloomberg reported, based on government data.

It could be warmer than usual this winter
Then again, a balmier-than-normal winter could help refineries catch up and enable residents to keep their thermostats on low, rather than high. Local forecasters in the Northeast believe that because of a weather phenomenon known as La Nina, which causes ocean waters to be cooler than normal, the jet stream may help usher in milder air temperatures from the Pacific, wrote meteorologist David Epstein for Boston.com.

Gary Ross, S&P Global Platts executive chairman of global oil, said in a news conference recently that the demand and supply dynamic will be the ultimate determinant of prices.

"We think distillate demand is going to go up," Ross said, as reported by Bloomberg. "There's no doubt that distillate will lead the oil complex this winter."

Oilfield engineers face a lot of pressure this time of year to keep production elevated so petroleum products can be used for a variety of purposes. If equipment breaks down or malfunctions, output can be compromised. While we can't control the supply and demand dynamic, Fisk Marine Insurance International does have the time-tested experience in the insurance industry that can help offshore engineers and project managers obtain the coverages they need to be competitive in their field.