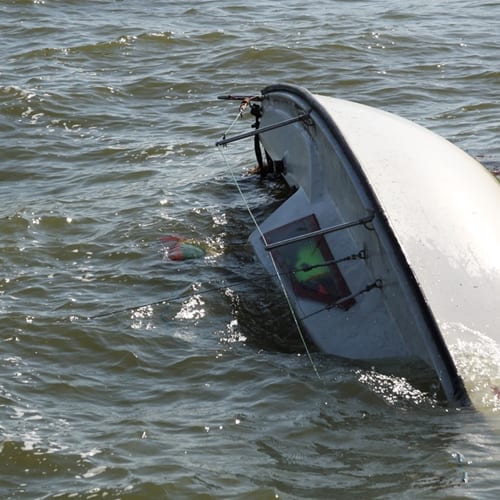 The forces of nature – specifically wind and water – combine to make the typical work environments for marine contractors highly dangerous, especially when safety precautions aren't taken. And in 2016, accidents and injuries at sea claimed the lives of more than 100 industry professionals in Europe, according to newly released statistics.

According to the European Maritime Safety Agency, of the 28 countries that represent the European Union, 106 mariners were killed last year in accidents and incidents on coastal waters, the Maritime Executive reported. This doesn't include injuries, which totaled 957. Additionally, 123 investigations began, examining how some of these mishaps occurred, including incidents of ships going off radar. More than two dozen ships during the 12-month period were lost sea.

683 maritime deaths in U.S. in 2015
Although the government in the U.S. has yet to release data for 2016, hundreds of maritime employees tragically are killed on work sites on an annual basis. Based on the most recent year for which data is available – 2015 – there were 683 fatalities in the U.S., according to the National Transportation Safety Board. While most of these were related to recreational boating, close to 10 percent involved cargo transport, commercial fishing or commercial boating.

On roadways in the U.S. more than 95 percent of auto accidents stem from human error, based on data from the National Highway Traffic Safety Administration. On sea in Europe, the majority of casualties were related to wrong decisions, but a smaller share at 60 percent, Maritime Executive reported from the EMSA's marine casualties and incidents analysis. However, among on-the-job accidents that resulted in injury, 40 percent were related to slip-and-fall events.

"Fatigue is a leading contributor to accidents at sea."

Lack of sleep common cause of accidents
Organizations like the European Safety Agency and the National Transportation Safety Board conduct these annual reports for compliance purposes but also to flag safety incidents and learn from them so the appropriate precautions and alterations can be made. In the U.S., among the biggest contributors to accident frequency is fatigue, according to the NTSB's 2016 Safer Seas Digest.

"Mariners should recognize the effects of sleep loss on performance and should never take a watch while too fatigued to be fit for duty," the report said. "When fatigued to the point that it affects the ability to properly stand a watch, mariners should arrange for a qualified watchstander to serve in their place or otherwise avoid being on duty until they are able to safely carry out their responsibilities."

In 2014, off the coast of Puerto Rico, a 42-foot-long fishing vessel collided with a Coast Guard cutter, resulting in serious damage to both watercrafts, but did not injure crew members who jumped overboard prior to impact. The NTSB determined lack of sleep – on the part of the fishing vessel's crew – was the most likely reason for why the collision occurred.

Other leading causes of incidents at sea in recent years include use of both prescribed and over-the-counter medicines, improper maintenance, insufficient testing procedures and weather-related effects, like when currents are choppier than normal, making navigation difficult. Poor visibility and inclement conditions are frequently contributing factors for why ships get lost at sea, both in U.S. waters and around the E.U.

The commercial diving and marine services industry is an important one, but unfortunately, going unharmed can't be guaranteed. Fisk Marine Insurance International makes an assortment of coverages available that other insurers won't, including life, health and disability insurance. Here's a more detailed look at what's available.