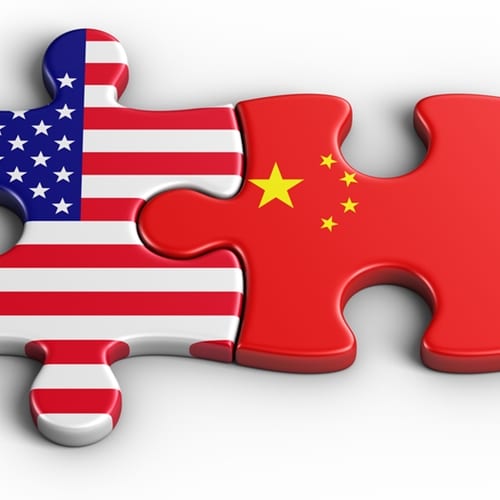 The happenings of the maritime underworld are nothing if not intriguing. Recently, surveillance activity in the underbelly of the South China Sea spurred something of an international incident that has since been resolved.

"The U.S. maintains drone was used for exploratory purposes."

The source of the spat originated off the coast of the Philippines where an underwater drone – owned and operated by the U.S. military – was captured by a Chinese naval ship. China suspected the underwater vehicle was conducting reconnaissance work without authorization, multiple news outlets reported, including Reuters. The U.S. maintains that it was merely collecting oceanographic data for exploratory purposes, which is legal according to international law.

However, after a meeting amongst officials from the economic rival countries, a "truce" of sorts was struck, with China returning the submersible to the U.S. on Dec. 20, days after the seizure.

U.S.: Seizure 'inconsistent' with international law
China handed over the drone after Peter Cook, spokesperson for the U.S. Department of Defense and press secretary for the Pentagon, derided China's military leaders for engaging in an act he called "inconsistent with both international law and standards of professionalism for conduct between navies at sea,"  in a blog post at the Pentagon's website, according to The New York Times.

Upon returning the device, China's defense ministry confirmed in a statement that the ocean-monitoring vehicle was back with its rightful owners now that it understands how it got there.

"After friendly consultations between the Chinese and U.S. sides, the handover work for the U.S. underwater drone was smoothly completed in relevant waters in the South China Sea at midday," the ministry stated, according to Reuters.

"China believes the South China Sea is theirs alone."

What's the back story of the South China Sea?
The South China Sea is a highly disputed territory that numerous countries lay claim to, among them mainland China, Taiwan, Malaysia, Indonesia and the Philippines. In addition to being a major trading and transportation passage, the South China Sea is chock-full of natural resources, including oil and various fish species. While the U.S. doesn't claim to own any territory, it maintains that it has the right to use the area for exploratory purposes with or without China's permission, pointing to international law as its authority.

Both China and the U.S. have made claims against the other that they're carrying out surveillance activity that is out of step with international norms. Chinese foreign ministry spokesperson Hua Chunying told reporters that if the U.S. was, indeed, using the drone for spying purposes, the action threatened China's sovereignty, Reuters reported. Meanwhile, Pentagon press secretary Cook maintained the U.S. will continue to use underwater drone technology "wherever international law allows," the South China Sea included.

Drones and remotely operated underwater vehicles are increasingly being used for exploratory purposes in various marine and commercial operations. Fisk Marine International provides coverage for these highly advanced pieces of machinery should they become lost, damaged or stolen. It can come in handy, because unlike what happened in the South China Sea, stolen ROVs likely won't be returned.