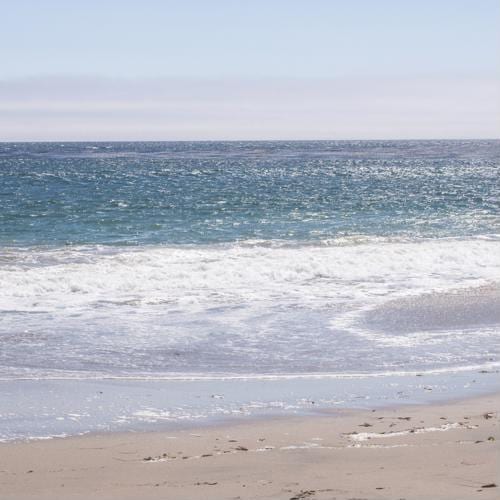 Considered a delicacy throughout much of the world, abalone serve as the objects of commercial anglers' affection, but for seafarers off the coast of the Golden State, their desires will have to wait until next year, based on a directive from the California Department of Fish and Wildlife (CDFW).

Late last year, the Fish and Game Commission determined it best to make red abalone off limits in 2018 due to what the CDFW calls "extreme environmental conditions" that led to severe population decreases.

Kelp forests rapidly disappearing
The gravity and immediacy of the issue drew CDFW's ire back in 2016, when its marine invertebrate team performed their annual ecosystem survey, only to find that kelp forests – where abalone primarily reside – were experiencing the effects of environmental degradation. CDFW had been cognizant of this problem since the 1990's, particularly in Sonoma and Mendocino counties, but the physical manifestations have only grown worse since then. Specifically, the Department of Fish and Wildlife estimate kelp forests are 93 percent smaller today than they were back in 2008.

The cause of the reduction is multifaceted, one that the CDFW referred to as a "perfect storm" of catastrophic events, such as toxic algae bloom in Sonoma, sea star disease in 2013 and massive growth in purple sea urchins, which feed on kelp. California marine researchers believe sea urchin densities are now about 60 times greater today than their historical average.

With the fishing season launching April 1, CDFW issued a reminder about the abalone ban.

Although it remains unclear when the fishery will be reopened, the answer should come when the Fish and Gaming Commission finishes its Abalone Fishery Management Plan.

Divers aim to control urchin population
Commercial diving contractors, meanwhile, are trying to repopulate abalone by setting their sights on purple sea urchins, the echinoderm that's seemingly devouring much of the kelp forest supply. As reported by the San Francisco Chronicle, several diving associations and marine conservation organizations have raised around $80,000 to go toward the urchin removal projects.

President of the Waterman's Alliance Joshua Russo said this effort is not about killing purple sea urchin or diminishing their prevalence, but rather strategic relocation.

Climate realities have also led to the abalone crisis, evidenced by El Nino, a weather phenomenon that causes ocean temperatures to rise. This has resulted in reduced kelp growth, given the inverse relationship warm temperatures have on this variety of seaweed.

"I don't expect to see a recovery in kelp until we see a decline in purple urchin," Catton told the Chronicle.

She added purple urchin are highly efficient life forms, capable of consuming just about anything in their vicinity for use as energy.

Divers are also engaged in the abalone recovery effort to countermand abalone poaching. Abalone is a lucrative industry and considered a fine delicacy in several cultures around the world. Because of its high demand, illicit hunting methods are more prevalent, particularly in South Africa, according to The New York Times.

With many marine professionals highly engaged in their survival, the hope is the  abalone population tide will turn. Fisk Marine Insurance International serves the interests of all commercial diving efforts, such as scientific research, vessel salvage and underwater photography.