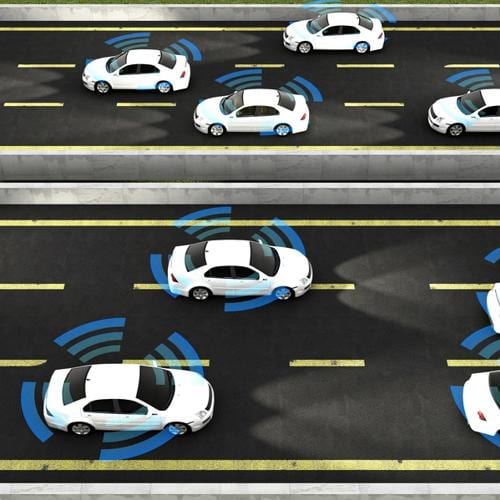 You don't need to be an ROV operator or marine contractor to understand that automation is increasingly prevalent not only in the workplace, but at home, as evidenced in the very appliances people use from sunup to sundown. Experts believe it's only a matter of time before the fully autonomous era reaches the roads.

Yet as much as individuals appreciate automation and have come to view it as a regular part of life, self-driving cars represent a change in lifestyle that most Americans are unwilling to adopt, according to the results of a recent poll.

40 percent unconvinced by auto braking effectiveness
Even though close to 66 percent of drivers acknowledge feeling generally safer in connected motor vehicles, the problem is they don't have much faith in specific technologies. For example, 40 percent said they don't buy the notion brake technology substantially lowers their accident potential.

But several studies suggest these technologies are often highly effective. In a 2016 study conducted by the Insurance Institute for Highway Safety, automatic braking features were found to reduce the potential for a rear-end accident by an average of 40 percent. And in a more recent study – also spearheaded by the IIHS  – two rear-end crash prevention systems earned IIHS' highly coveted "superior" rating. The technologies are installed in the 2017 models of the Subaru Outback wagon and Cadillac XT5 SUV.

David Zuby, executive vice president and chief research officer at IIHS, said that it's his belief – based on the strong performances of the systems analyzed – that fender-benders and rear-enders are less likely to transpire when brake assist technology is available.

Yet despite the strong showings, many Americans remain somewhat skeptical about the reliability of automatic braking. Furthermore, few can point to a single automaker that is the runaway leader in producing effective, state-of-the-art technology. Indeed, when respondents in the Solace survey were asked to identify a brand that excelled in this regard, more than a third didn't reference one.

9 in 10 accidents caused by driver error
The apparent disconnect regarding the safety of connected vehicles comes as a bit of a surprise, given that statistics corroborate driver error is the predominant reason crashes happen as often as they do. The National Highway Traffic Safety Administration says behaviors were responsible for nearly 95 percent of accidents in 2016, the most recent year for which data is available. This may explain why the federal government is currently engaged in a safety initiative the goal of which is to make fatal car crashes a thing of the past no later than 2050. The campaign, appropriately, is dubbed the "Road to Zero."

Debbie Hersman, president and CEO of the National Safety Council, believes this aim is reachable through hard work by officials and the cooperation of motorists. Around 625 stakeholders are involved in the collaboration from various industries, including advocacy organizations, educators as well as insurers.

The times they are a-changin', as the old saying goes, as the advancement of technology is in a constant state of evolution. Fisk Marine Insurance International is attuned to the safety issues of the day, providing solutions that have made us a leader in ROV manufacturers insurance for more than a quarter of a century.