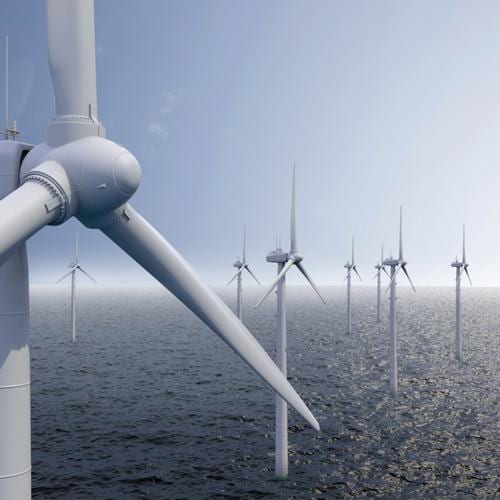 The tasks and projects assigned to commercial diving contractors can take them to the far reaches of the globe, in places they may never visit were it not for their profession. And that may be the case for marine contractors in the coming year, as Taiwan is jumping feet first into the alternative energy pool by investing in wind turbines.

As reported by the Maritime Executive, Taiwan's Environmental Protection Association has preliminarily green-lit eight offshore wind projects, slated to begin as soon as the environmental impact studies are completed.

"Taiwan is broadening its alternative energy horizons by investing in wind."

Sitting approximately 111 miles east of mainland China, the island nation of Taiwan differs in many ways from its host country, but much of the energy that it chiefly uses and produces is the same as the Republic of China. As the most-populated country in the world, China is the chief consumer and producer of coal, 284.3 million tons of it developed in October alone, according to year-end data compiled by Reuters.

But it appears Taiwan is attempting to further distinguish itself from China by expanding its alternative energy horizons, improving the environment and its economy in the process by increasing the number of jobs available.

228 turbines in Changhua County
As to the wind turbine projects themselves, three are scheduled to be built in Changhua County, the Maritime Executive reported. The amount of energy they'll be able to produce is the equivalent of 2 gigawatts (GW), fueled by 228 turbines. Several companies have placed bids on these projects, some based in China while others have come from Western Europe. For instance, Siemens Gamesa Renewable Energy – a Spanish manufacturing facility – is expanding its wind turbine development work, this after installing Taiwan's very first offshore wind power plant in 2016.

"The promising potential of the Taiwanese offshore market combined with our positive experience with the government has encouraged us to intensify our efforts," Nauen said in a statement. "We are convinced that this emerging market offers interesting business opportunities. As one of the world's leaders within the offshore wind industry, we look forward to gaining a foothold in this market."

The Taiwanese government has established a tentative goal of producing 5.5 GW of offshore wind capacity within the next seven years, which with the successful development of the projects in Changhua County will surely aid.

Over 52,000 wind turbines in 41 states
Commercial divers fill a substantial cog for the wind energy sector by serving turbines on a regular basis so that they remain in good working order. Divers have had more opportunities to perform maintenance in recent years due to the explosion of wind energy, both abroad as well as in the U.S. Indeed, in excess of 52,000 large-scale wind turbines are up and running in 41 states, according to data compiled by the American Wind Energy Association. They're responsible for producing two times the amount of energy to the country's grid since 2010, The Mercury News reported. Perhaps unsurprisingly, coastal states have seen sizeable amounts of growth in wind energy, such as Massachusetts, Texas and California.

The uptick is the realization of what the Underwater Centre forecast, stating in a 2010 analysis that at least 2,200 commercial divers would be required just for Europe's offshore wind development over the next six years, The Maritime Executive reported at the time. Of these, the lion's share – 1,700 divers – would likely devote their duties to installation.

Wind turbines need commercial divers' expertise so they don't break down and can be relied on for regular use. Fisk Marine Insurance International specializes in oceanographic and energy industries, supplying contractors and their divers with the coverage they need to get the job done right.