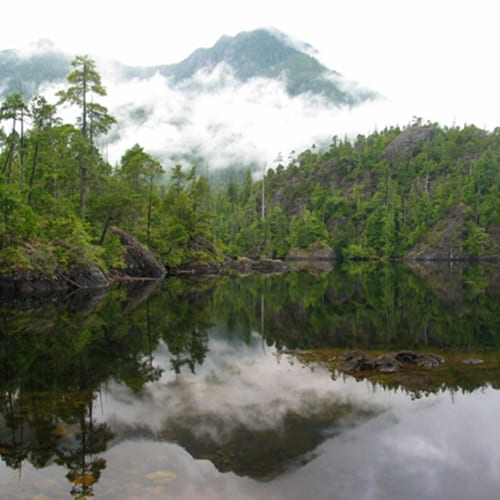 Even though we're based in Louisiana, there's a reason why we're known as Fisk Marine Insurance International: We provide custom quality marine and commercial diving insurance products to U.S.-based businesses and contractors working just about anywhere on the map. As such, we try to keep tabs on what's going on in the industry from sea to shining sea.

That being said, you don't have to wade too far from the good ole U.S. of A for opportunities in the great wide open commercial diving landscape. On the west coast of Canada – British Columbia, specifically – commercial divers are in high demand.

"In the last few years we've noticed a significant increase in work, and that means we're always looking for certified commercial divers," Brown told California Diver Magazine. "Generally things are pretty stable in our industry; the need is there, but it tends to be slow and steady."

Brown added that because aquaculture has become more entrenched in the region, commercial divers are highly desirable for a wide variety of services, including salvage work, underwater power-washing and servicing fish farms.

Kelly Korol, director of training for DiveSafe International, a training facility that caters to commercial divers specifically, went so far as to say that the market couldn't be much better than it is today to be in the marine industry.

"The need for commercial divers is always growing, [but] it seems to be acute right now and shows no sign of weakening," Korol stressed, according to California Diver Magazine. "We're getting plenty of calls from dive-based companies asking about our graduates."

"San Diego is one of the premiere cities in the world for commercial divers."

Commercial diving opportunities mainly in coastal cities
North, South, East and West, commercial divers are everywhere, but some cities have more than others. According to the U.S. Bureau of Labor Statistics, the New Orleans-Metairie area in Louisiana has among the largest contingents of commercial divers, in terms of employment per 1,000 jobs. Other metro areas where there's a strong concentration includes Mobile, Alabama; Newport News, Virginia; Houston, Texas and the San Diego-Carlsbad area in California. Speaking of which, this Southern California commercial diver hub pays very well, with the annual mean salary there currently at roughly $80,500.

Whether you're new to the commercial diving field or you're contemplating a career change, there are lots of opportunities bubbling at the surface. Jump on in – the water's fine.