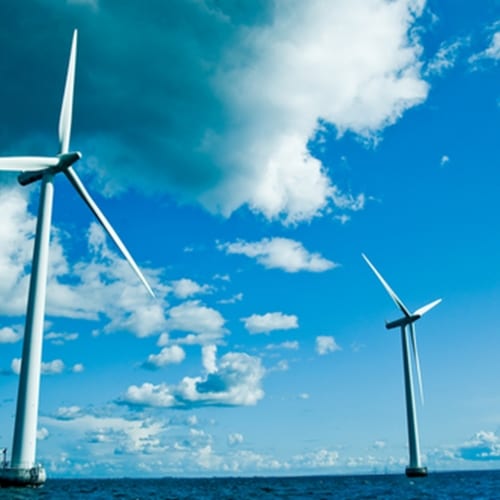 It may be awhile before the majority of the U.S.' energy supply is powered by alternative sources, but thanks to the help of commercial divers, manufacturers and the natural science community, one of the country's most picturesque places is getting a solid portion of its electricity from wind.

In December, the Block Island Wind Farm went live and is now the first offshore wind farm in the country that's fully operational, the company that led the project – Deepwater Wind – recently announced.

Rhode Island Governor Gina Raimondo said she couldn't be prouder that the Ocean State is where this monumental accomplishment was realized, nor more appropriate.

"We're motivated by our shared belief that we need to produce and consume cleaner, more sustainable energy and leave our kids a healthier planet – but also by this tremendous economic opportunity, Raimondo explained. "With this project, we've put hundreds of our local workers to work at-sea and at our world-class ports and are growing this innovative industry."

Several of these workers included commercial diving contractors, who were involved not only in the production process, but will also be at least partially responsible for upkeep and overall maintenance of the turbines.

From a national perspective, wind accounts for a fraction of electricity production, but the capability and capacity of the Rhode Island wind farm may result in increased investment, which in turn could result in more job opportunities for the marine industry in general and commercial divers in particular. All told, the wind farm on Block Island involves five turbines, which have the ability to electrify 17,000 houses, according to The New York Times.

Fisk Marine Insurance International is pleased by these latest developments and looks forward to where the winds will take commercial divers to next.