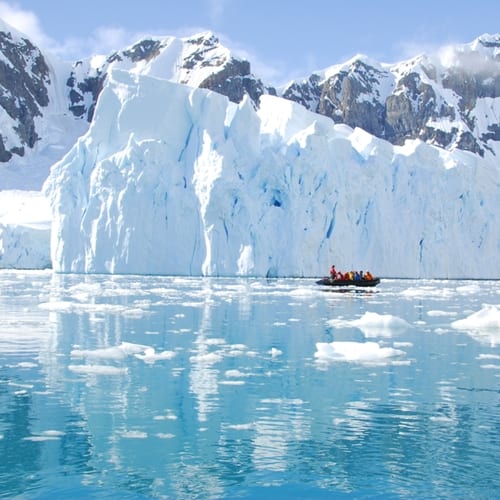 A Woods Hole Oceanographic Institution recently announced a project in which it used an Autonomous Underwater Vehicle (AUV) called SeaBED to create a 3D map of Antarctic ice from underneath. The international effort could provide a greater understanding of how thick the ice is throughout the sea surrounding the continent, and was also addressed in a report for the publication Natural Geoscience.

The data comes from work performed between 2010 and 2012, when an international team sent AUV's under the Antarctic floes. The robots were meant to add to other means of gathering ice thickness information already in use, but are unique in the way that they can look up while moving underwater. The SeaBED was operated remotely and equipped with technology especially made for sounding out the underside of the ice with the help of systems like sonar nearly 100 feet underwater.

In the release, one of the scientists associated with the project, Ted Maksym, described the impact of the study and its possible future ramifications for Antarctic activity. He calls the possible data "very rich."

"This work is an important step toward making the kinds of routine measurements we need in order to really monitor and understand what's happening with the ice and the large scale changes that are occurring," he said.

Maintaining accuracy in Antarctic operations is easier when there are more means of gathering information. But new technology and procedures can be expensive, and operating in a hostile environment like the Antarctic comes with the risk of equipment damage. As such, users need ROV insurance that extends to all of the related tools and activities that these units will be involved with.