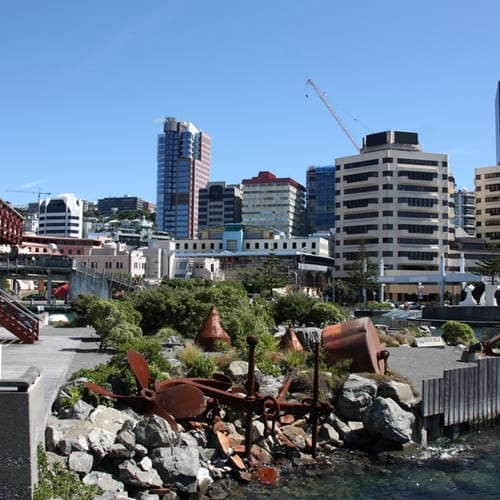 An undersea mission involving the remains of a ship from 1902 has led to a potential international dispute between New Zealand and China. That's because the ship, the S.S. Ventnor, was carrying the bodies of nearly 500 dead Chinese miners, which were supposed to be delivered back to their home country. After two years of investigation, a local documentary filmmaker named John Albert officially announced the identity of the wreck, which has led to questions about what to do next.

The Ventnor was found in the Hokianga Harbour area, located in the northwest section of the island. According to the Associated Press, the ship was originally destined for Hong Kong but crashed into rocks on its way from Wellington. Chinese scientists are attempting to identify all of the remains of the dead onboard, a difficult task since the official register was lost in the wreck.

Meanwhile, Albert's effort has been heavily criticized for being exploitative and disrespectful of the dead. The New Zealand Chinese Association has expressed anger over the matter, and, as New Zealand source The Northern Advocate reports, Dame Susan Savoy, Race Relations Commissioner of the New Zealand Human Rights Commission has also condemned efforts to take advantage of the wreck.

"The voices of Chinese New Zealanders, many of whom are descended from men whose remains are still with the wreck of the SS Ventnor, are missing amid very public plans to turn their final resting place into a tourism venture," she said. She also called the Ventnor site "much more than a mere shipwreck." Albert has defended his actions as being "above-board."

Underwater missions involving sensitive sites should be covered by international marine insurance so researchers, explorers and others understand proper operating regulations and are within their rights in all activities.