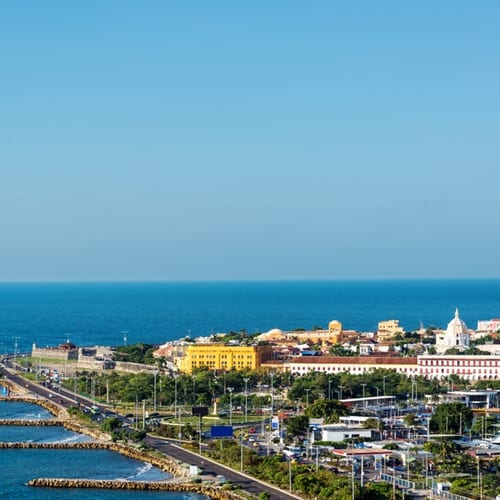 A ship originally sunk in 1708 and carrying possibly billions of dollars in valuables has been identified in the Baru Peninsula. According to the Associated Press, the Colombian government has used autonomous underwater vehicles (AUV's) to survey the site and take photos of the San Jose, a galleon originally found on November 27 around 800 feet underwater.

With a cargo that may have originally included millions of gold coins, the recovery of the San Jose represents a significant historical discovery. To honor the discovery, Colombia will reportedly erect a museum displaying some of the findings from the wreck. However, the process could be a long one, as the source notes it will "take years," according to Colombian President Juan Manuel Santos.

In an article from the Wall Street Journal, Assistant Professor Justin Leidwanger of Stanford University explained that the excavating the ship's treasure is "not only about raising a bunch of shiny gold coins."

With a cargo that may have originally included millions of gold coins, the recovery of the San Jose represents a significant historical discovery.

"This discovery can help with understanding a period when Spanish hegemony of the new world was really being challenged, how the people aboard the ship lived and the decisions they made, all told by its humble material remains," he said. The San Jose is believed to have sunk after an attack from British forces while traveling to Panama.

The wreck's location is near the city of Cartagena, which is where the museum may be established in the future. Previously, the company's government has entered into a dispute with the American salvage company that supposedly found the wreck initially in 1982.

To begin the salvage and recovery process in dangerous shipwreck sites, companies may prefer ROV insurance and coverage for other equipment that saves them the risk of using human divers.