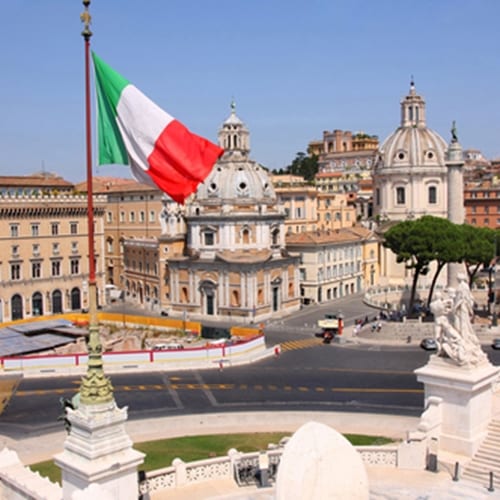 According to California Diver, Italian Navy personnel have successfully sealed off a wreck located on the floor of the Mediterranean Sea.

Working in 50-minute intervals, the crew were able to use concrete to block off the explosive cargo of the freighter ship Laura Cosulich. For decades, this downed vessel has reportedly been a hotspot for mafia criminals, who have steadily recovered some of the ship's 1,500 ton stash of TNT.

The divers faced challenges during the process, including the depth of the wreck 150 feet underwater.

The divers faced challenges during the process, including the depth of the wreck, 150 feet underwater. The entire operation reportedly took 67 hours but resulted in the dangerous cargo being trapped from possible salvors. In addition to concrete, the source says divers also used "an iron cage" to prevent access.

The Laura Cosulich dates back to service during World War II, during which it carried mostly harmless goods from Venice to Libya in July 1941 before a submarine sunk it, with the explosives hidden onboard.

Over the years, the vessel has been connected to criminal acts from the Ndrangheta syndicate. As the Independent reports, a local prosecutor against the gang has called this operation "a very important achievement," while Italian Navy Admiral Eduardo Serra said the action "had not been easy."

In the same month that this ship was torpedoed, the submarine that sunk it, the HMS Upholder, also damaged the six-inch cruiser Garibaldi in the central Mediterranean. Other ships, including the S.S. Federico and S.S. Monteponi, were sunk by subs during this time.

Commercial diving and marine services may benefit from customized insurance based on the activity they will be undertaking.