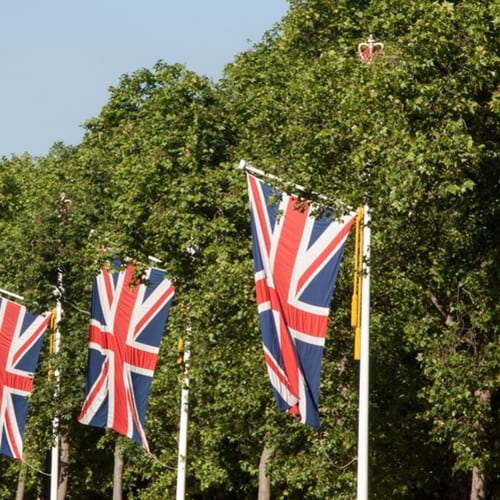 The Hoegh Osaka, a cargo vessel transporting 1,400 cars out of the U.K., has been anchored in place for nearly two weeks. Although the massive size of the ship poses a difficulty to the salvors involved, the Maritime and Coast​ Guard Agency (MCA) reports that the 51,000-ton craft could be safely moved later this week.

According to the Daily Echo, the ship was beached after it started listing during its voyage out of the country and is currently being held at Alpha Anchorage. A photo released by the MCA shows it still pitched at a dangerous tilt and supported by a tugboat. Despite this, the ship has reportedly been pumped free of as of yesterday, with the remaining amount to be drained into the Osaka's empty fuel tanks.

Initially, strong winds made the recovery process difficult, but a spokeswoman from the MCA told the source that conditions have changed for the better. She also said that the ship has been gradually listing less and was at 47 degrees as of Monday.

"Operations are progressing well," she said. "The weather has been favorable and is forecast to remain so, although the salvors are still working in challenging conditions." She added that ''salvors plan to move the Hoegh Osaka to Southampton Port later this week, possibly late on Wednesday or early on Thursday.''

The BBC reported that the ship initially listed at 52 degrees when it first arrived at Lee-on-the-Solent and had taken on 3,000 of tons of water. The 15-count salvage crew, led by Bram Sperling, will right the ship using its own ballast tanks for support.