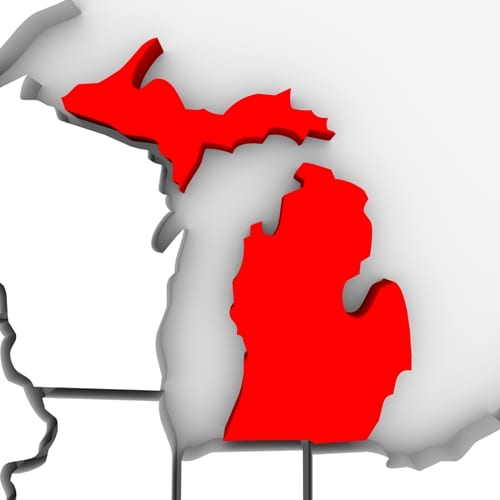 Even during warm weather, searching a lake for the remains of lost ships is a difficult endeavor. In winter, thick ice can make the effort especially challenging, as Michigan-based researchers are discovering. Last week, MLive reported on the effort to find whatever is left behind of the steam-powered vessel SS Hazel A, which dates back to the 1920s and is currently at the bottom of Reeds Lake in East Grand Rapids.

Using sonar scans, a team drawn from several local universities and colleges has gathered to look for and analyze this discarded ship. According to the source, the search has so far yielded some strong results despite hazardous environmental conditions. Bad weather forced the expedition to delay its original launch date last October, and difficulties in the water meant the crew couldn't use an ROV like they had originally planned.

Nevertheless, sonar imaging alone has allowed the researchers to locate the Hazel and identify key structural features like its decayed deck and large amounts of sediment present. The other ship they were trying to find, the SS Ramona, so far has yet to be found.

Speaking to local news source WOOD TV, Dr. Mark Halley described why drilling holes through the lake ice to drop sonar equipment through is, in some ways, easier than the alternative in water.

"It's the coldest day ever – but this is way easier than working on the water," he said. "When we're out on the water and you have to position a boat and you're moving around the wind is blowing in – you're getting anchors down – this is actually the easy way of doing what we do through the ice here."

Since temperatures can easily work against a scientific endeavor like this, marine insurance helps protect divers and important equipment from being hurt by their surroundings.