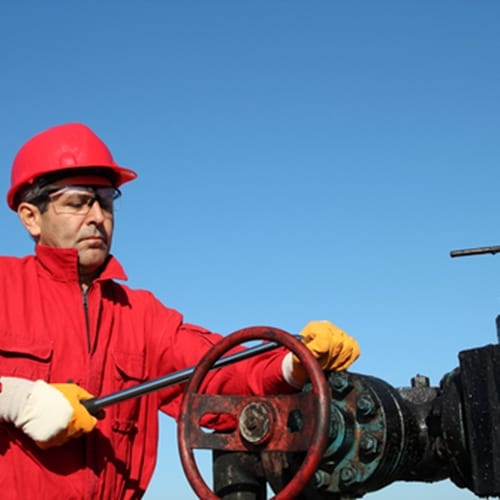 Reuters reported last week that an oil rig operated by Texas Petroleum Investment Company 20 miles off of the coast of Louisiana caught fire. The platform reportedly contained 28 workers and at least 100 barrels of oil at the time of the fire, and the source says that all personnel were safely evacuated by the United States Coast Guard without injury.

The company has not responded with the exact amount of oil lost during the accident, but this rig can store as much as 4,000 barrels of crude and can produce more than half as much per day. As of last Friday, the platform was being tended to by response vessels and aircraft.

Multiple sources report a "rainbow sheen" on the water observed more than a mile away from the rig. In an official statement from Texas Petroleum quoted by the Times-Picayune, company spokesman David Margulies explained the state of the facility after the evacuation.

"The production platform where the fire occurred gathers oil and then pumps it through a pipeline so there is little oil stored on site and all wells feeding the platform have been shut down," he said. "Our company is working with the Coast Guard and other agencies to address any environmental issues that develop," he added later on.

According to this source, the fire was caused by a faulty compressor onboard the rig. The oil for the platform is drawn from as many as 60 individual wells.

Equipment and oil platforms can be insured with a multi-section policy that allows companies to purchase coverage either individually or combined as needed. The offshore oilfield insurance that operators use should be based on the value of the affected equipment, as assessed by expert analysis.