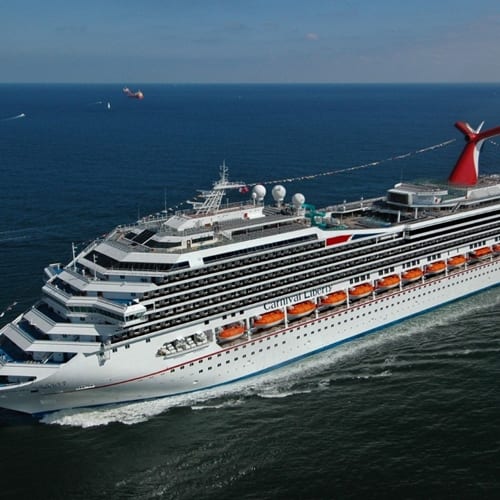 Recently we reported on the Carnival cruise ship that was stranded off the coast of Mexico after a fire broke out in the engine room, wrecking the propulsion system. Finally, after five days at sea without power or running water, the vessel docked in Mobile, Alabama, late at night on Thursday, February 14. According to ABC News, exhausted passengers began filing off the ship at around 10:15 p.m., with the final person stepping onto land at 1 a.m.

As the more than 4,200 people disembarked, the Chicago Tribune reports that some of them kissed the ground before being greeted with warm food, blankets and cell phones to contact their loved ones.

Many people spoke of their experience on the boat. Although Carnival CEO Jerry Cahill claims that none of the passengers aboard the vessel were in danger, some people shared stories about how scared they were.

“[The ship] was leaning to one side. It was literally like walking uphill whenever the boat was leaning,” 22-year-old Leslie Mayberry told CBS News. “I mean, it was very scary. A lot of people thought it was going to tip over and sink. And then you look out on the deck and you see the ocean and there is no one, you are just by yourself and you are so alone, even though you are around [thousands of] other people on this boat.”

It’s certainly a relief to hear that the cruise ship made it to land and the passengers are now safe. But, this incident is a reminder of the risks that boat owners face every day out on the water. With this in mind, many individuals and organizations turn to experienced marine insurance agencies to ensure that they are covered in the event of an unfortunate incident.