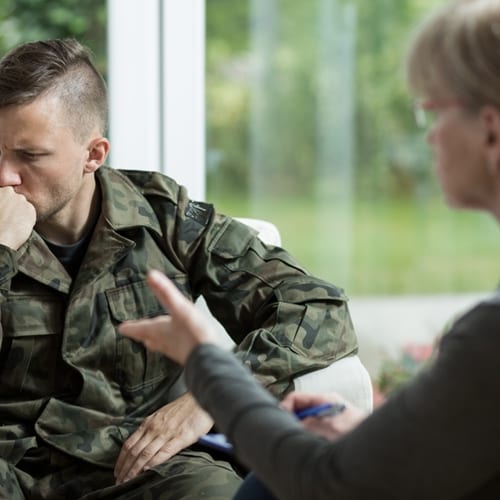 If you talk to your average commercial diving contractor, they're bound to say they know of commercial divers who come from military backgrounds. This is largely because the men and women of the armed services typically have qualifications and skill sets that make them ideal candidates for marine-related tasks.

But marine professionals aren't the only ones whose sights are set on veterans. The same can be said for employers in many other fields, a new poll reveals.

"Close to 40 percent of companies aim to hire more veterans in the next year."

In a poll done last November by CareerBuilder, nearly 40 percent of employers indicated they plan on recruiting a greater number of people who come from the armed forces during the next 12 months, regardless of their branch. That's up from 2014, when roughly one-third planned to focus their hiring energies toward veterans who have returned to civilian life.

"Our veterans bring a unique blend of discipline, leadership and problem-solving skills that employers would be foolish to pass up," Haefner said. "But, it's also up to the employer to keep these workers involved and challenged to do their best work."

Veterans highly disciplined
What kind of advantages do veterans bring to the table? Sixty-three percent of business owner survey-respondents pointed to their being highly regimented, capable of focusing on the task at hand until the job is done. Discipline was the most frequently cited characteristic that veterans excelled in. A majority of respondents, but to a slightly lesser extent, also referenced veterans' teamwork strengths, their integrity and ability to perform well under pressure. Perhaps unsurprisingly, more than 50 percent of  employers highlighted veterans' leadership capabilities as major assets as well.

As to the specific employers who are actively hunting for veterans, customer service tops them all. Approximately 37 percent of professionals in the customer service sector are recruiting former members of the military, the poll found, slightly ahead of information technology at 33 percent and sales at 28 percent. Nearly 30 percent of company owners in the production sector are looking to employ more veterans as well.

Commercial diving serves as 'smooth transition'
As previously mentioned, the commercial diving sector is always actively engaged in bringing more veterans into the fold. For instance, the Divers Institute of Technology, based in Seattle, devotes a portion of its website to current and former members of the military.

"Your military experience is an asset here," the website states. "It will help you become a successful graduate and a future leader in commercial diving."

The same goes for Divers Academy International, a technical college based in Erial, New Jersey. Norman Bogiel, who used to perform inland diving during his stint in the Army, parlayed his experience by becoming a diving instructor at DAI.

"I'm having a great time here," Bogiel said in a YouTube clip. "It's a really smooth transition coming from the military, especially the Army side coming to the Divers Academy here in Jersey."

Bogiel added that because he did so many inland dives during his Army career, his experience transferred over quite smoothly.

Aside from serving as a good segue from a life spent in the armed services, commercial diving can pay well. According to the Bureau of Labor Statistics, the mean wage is currently $53,990, which is right around the median household income in the U.S. Experience is a plus, as those who've been in the industry for awhile can earn more than $80,000 annually.

Here at Fisk Marine Insurance International, we're well aware of the qualifications veterans bring to the commercial diving front and we're here to lend our support in any way we can. The same goes for their employers. If you're a business owner, we can handle all your marine insurance needs.