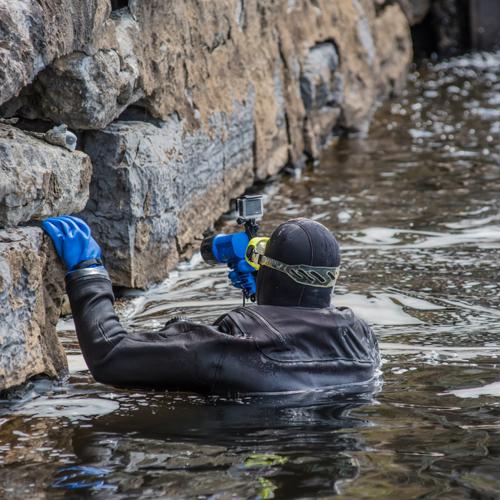 Upon completion of the required courses and training necessary to become certified in commercial diving, new entrants to the field often ask a common question: What type of commercial diver should I become? Like other professions, commercial diving is a broad one and the direction they take often determines where they'll end up over the course of their careers.

To get their feet wet – both literally and figuratively – veterans in the field recommend pursuing offshore diving as a starting point. Here's a brief look into the tasks associated with offshore diving, how it differs from inland diving – beyond the obvious – and what rookies can expect in terms of salary and lifestyle.

What is offshore diving?
Offshore diving is a huge industry, almost as broad as the oceans that play host to the jobs that offshore divers take on. The most common type of diving for rookies, offshore diving in the U.S. is primarily performed in the Pacific and Atlantic Oceans as well as the Gulf of Mexico. Indeed, according to the Bureau of Labor Statistics, the largest concentration of offshore divers are found in states that comprise the Gulf Coast, including southern Texas, Louisiana, the Florida panhandle and southern Alabama. With much of the U.S. energy deriving from the Gulf Coast, spearheaded by offshore project managers, offshore divers are frequently tasked with maintenance-related work, including welding, installation, pipeline repair and oil rig inspections. Offshore divers' skills are also needed in the alternative energy industry, particularly wind, where energy is generated by massive wind turbines that can break down over time.

How does offshore diving compare to inland diving?
Among the most prominent differences offshore diving has to inland diving is where it takes place. Namely, offshore divers' skills are put to use in the oceans, while inland divers' bailiwick are typically lakes, rivers and reservoirs. However, there are some other pretty big differences beyond the bodies of water that divers go about their business. Inland divers' tasks tend to be more multifaceted, such as dredging, salvaging and even rescuing. As a result, inland divers typically have a bit more experience under their belts. Still, inland divers and offshore divers do have a few job characteristics in common, as both sometimes require performing repair work as well as inspection.

What is the lifestyle like?
Perhaps the best way to understand what it's like to be an offshore diver is by learning about it straight from those who've been there. In 2014, offshore diving expert Londi Gamedze wrote about a typical day in the life of an offshore diver for the Divers Institute of Technology.

The biggest adjustment to offshore diving is the scope of the projects, which often require divers to spend days, if not weeks, away from home. These lengthy stays are complemented by providing divers with extended personal time off, usually between 7 and 10 days, in order to provide a better work-life balance.

"Crew are transported from the mainland out to sites on rigs and vessels, and get ready to put in fourteen consecutive twelve-hour shifts hopping from rig to rig before returning to land," Gamedze wrote. "The sheer size of the rigs and equipment used offshore is staggering and the immensity never gets old."

Although both physically and mentally demanding, Gamedze says the work is rewarding and can be a lot fun when fellow team members have a good attitude.

How much do offshore divers make?
Because the lifestyle is more intense and the tasks highly involved, offshore divers typically make a good living, earning more than onshore divers, who usually have a larger amount of experience. That's not always the case, though, as experience does play into how much divers make in terms of salary. Because the jobs inland divers take on are usually less taxing than what offshore divers perform, the pay gap is something many inland divers are willing to accept. According to PayScale, the biggest factor that influences earnings is how long divers have been in the industry. Salaries range from a low of $35,800 to upwards of $119,500.

While the tasks associated with offshore diving can be rather ritualistic, there's nothing routine about commercial diving. Fisk Marine Insurance International is keenly aware of this fact, and has proven it by supplying commercial diving companies with high quality access to comprehensive coverage that adapts and reacts to the inherently turbulent atmosphere commercial diving exemplifies.