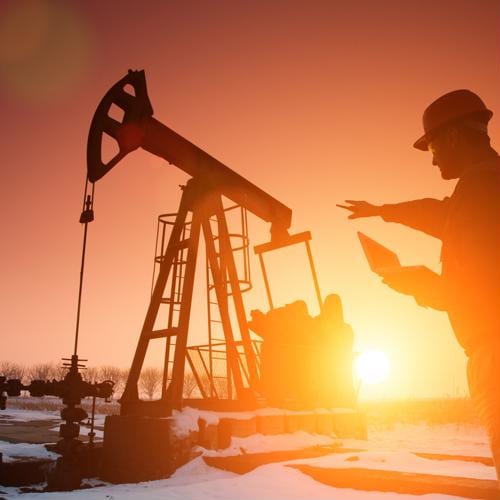 Even though the Middle East is largely considered to be the world's epicenter for crude oil extraction, the U.S. has a considerable amount as well, both along the Gulf Coast and in arctic territories near the North Pole. It's in this neck of the country's woods that greater amounts of exploration are slated to take place in 2018, resulting in more oil and gas projects for marine and energy industry professionals.

In August, an Italian energy company sent a formal request to the Bureau of Safety and Environmental Enforcement, asking the regulatory body if it could explore the outer continental shelf of the Arctic for drilling purposes. The BSEE recently granted the request, the first time it's given a formal go-ahead since late 2014.

Spy Island, a man-made island situated near Prudhoe Bay in the Beaufort Sea, is where the drilling is set to take place, which could begin as soon as this month, according to multiple sources, including CBS News.

Scott Angelle, BSEE director, noted that the Arctic has a wealth of natural resources and is sure to help the U.S. gain greater traction as a worldwide hub for energy extraction and development.

"Responsible resource development in the Arctic is a critical component to achieving American energy dominance," Angelle said in a statement. "BSEE is committed to working with our Alaskan Native and Industry partners by taking a thoughtful and balanced approach to oil and gas exploration, development and production in the Arctic."

Could ANWR be opened soon?
The green lighting of Spy Island has some believing that the opening of the Arctic National Wildlife Refuge to oil companies may be next. ANWR has been a hot-button political issue for several years, with environmental advocacy groups on the front lines, calling on lawmakers to keep this territory off limits to protect wildlife. However, in addition to the Spy Island project that could begin fairly soon, there's a provision inserted into the Senate tax overhaul bill that would allow for exploration to take place in a small portion of ANWR's sprawling 20 million acres. According to The Wall Street Journal, roughly 1.5 million acres of land would be opened up to drilling, a proposal introduced by Alaska Senator Lisa Murkowski.

Kristen Monsell, oceans director at the Center for Biological Diversity, is staunchly opposed to the BSEE's decision, believing it sets a dangerous precedent.

"Drilling for oil in the Arctic is an accident waiting to happen," Monsell said in a statement, issued shortly after BSEE's approval. She went on to add that given the choppy waters off the coast of Alaska, drilling increases the risk of an oil spill, which could adversely affect sealife.

However, BSEE maintains it completed a thorough safety review for the company that's bid on the project – Eni U.S. Operating Co. Inc. – and everything has checked out.

"Exploration must be conducted safely, and responsibly in relation to the Arctic environment and we will continue to engage Eni as they move forward with drilling its exploratory well."

Spills down 77 percent since 1970s
Although they do occur, oil spills are far rarer than they used to be. According to the American Petroleum Institute, spills have diminished substantially in recent years, dropping 55 percent compared to the 1960s and 77 percent since the 1970s.

Erik Milito, upstream director at API, said environmental safety is something the API takes very seriously and is hopeful the legislation introduced by the Senate Energy and Natural Resources Committee can move forward.

"Safe and environmentally responsible energy development in the ANWR coastal plain holds great promise for our nation's energy security and competitiveness throughout the world," said Milito. "We commend Charmain Murkowski for her leadership on this important issue and look forward to working with Congress and the administration to continue harnessing our nation's energy potential to benefit American consumers."

As for the Spy Island project, the safety review isn't through quite yet. Regional engineers and inspectors at BSEE will conduct another pre-drill inspection before drilling officially gets underway, an eventuality that will likely lead to additional oil and gas projects for the foreseeable future.

Fisk Marine Insurance International understands the offshore oilfield service sector and has been providing quality assistance since our founding. Check out our industries section for more.