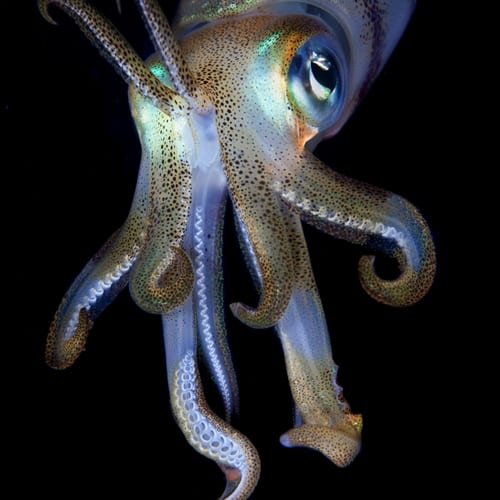 It was like something out of ancient mariner lore.

Two large squid — smaller than the famed "giant squid" but still over six feet longer and weighing up to 100 pounds each — rushed at a submarine, spraying ink into the rapidly-muddling waters. These creatures are feared by divers and fishermen alike, who note their aggressiveness towards people. This behavior stands in marked contrast to more docile mollusks, such as the octopus, which are significantly less likely to rush at a vessel in this manner.

The submarine was the property of Greenpeace USA and served as a Dual Deep Worker vessel containing a pair of divers performing work in the Bering Sea. The entire ordeal strongly underlines the importance for comprehensive diving insurance that can account for situations as unexpected, terrifying and potentially-damaging as a squid attack.

The divers were able to record the incident and share it on video-looping service Vine, providing valuable insight into just what it is like when there is a large mollusk bearing down on your submarine. The video has been watched more than 5 million times, highlighting just how unusual and fascinating this footage is.

As of yet, it is currently unclear what provoked the squid. As many scientists believe that they do not necessarily lash out unless provoked, it is possible that something about the submarine — perhaps the flashing lights or the movement — aggravated the animals.

On underwater missions like this, it's impossible to predict every conceivable danger that may befall a vessel. That's why proper preparation — including the right insurance — is so vital.