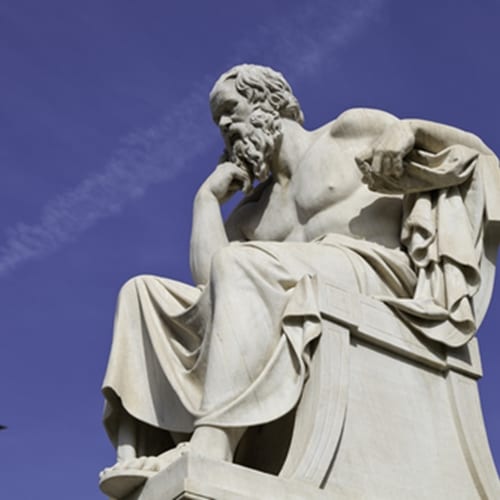 Recently, this blog has reported about the new expeditions being conducted at the Antikythera shipwreck site in Greece. This new round of dives have made use of new technology, including a futuristic "Exosuit" that allows divers to stay underwater for more than two full days. Reports have now come back abut some of the discoveries from this dive, including ancient decorative artifacts.

According to an article on the Maritime Executive, the new additions to the list of recovered items include a large bronze spear, more than six feet long, thought to have come from a warrior statue.

Other pieces of statuary in marble and bronze have been previously found at this site, and this reinforces the idea that the ship was carrying Hellenistic luxury goods and art pieces. The divers have also found pieces of the ship in bronze and wood, along with the ship's anchors.

One of the most notable artifacts found at this site was the Antikythera mechanism, the ancient device dubbed "the first computer" in the press. The BBC spoke to Brendan Foley, an archeologist with the Woods Hole Oceanographic Institution, who said that he believes there may be more pieces of this device down there.

Foley also spoke to Maritime Executive, saying that the wreck is one of a kind and merits careful study.

"The evidence shows this is the largest ancient shipwreck ever discovered," he said. "It's the Titanic of the ancient world."

The amount of crew and support technology it takes to explore areas like this is astronomical, and companies should account for the dangers they are exposing themselves to with boat insurance coverage.