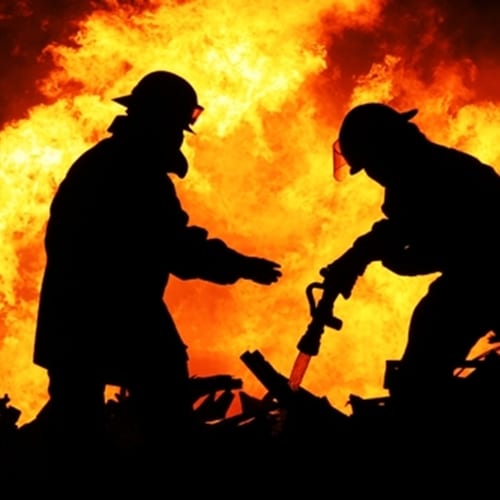 A couple months ago, we reported on a fire that broke out at a Marshfield, Massachusetts, marina on December 20, destroying three boats and leading state, federal and local fire officials to launch an investigation to determine whether it was the result of arson.

On January 31 at approximately 4:30 a.m., a commercial fishing vessel was destroyed by a fire in the nearby town of Scituate, though officials haven’t yet linked the two incidents.

According to The Patriot Ledger, a regional news source, the Jason James, a 42-foot lobster boat, looked like nothing more than pieces of scrap wood after being ravaged by flames in Scituate Harbor.

Scituate Fire Chief Richard Judge told the source that the cause of the fire is currently under investigation and that authorities will review surveillance footage from the Lucien Rousseau Memorial Landing where the boat was docked. Judge cited strong coastal winds of up to 81 mph as one of the reasons why the fire may have accelerated so quickly.

James Patterson, the owner of the boat, could not be reached for comment, according to the source, but his cousin, Mark Patterson, said he didn’t know if the lobster boat was insured, adding that James is “pretty distraught” over the incident.

“He’s worked really hard to build up his business over the last 30 years, and it’s a shame to see a lifetime worth of work get destroyed in just a few hours,” Mark said.

While boat owners may anticipate certain risks associated with being out on the water, the fact is that tragedy can also strike in less expected ways, like when your vessel is ostensibly safe at its dock. People who own boats – for either recreational or commercial purposes – may want to work with a marine insurance agency to gain access to the highest-rated providers in the industry and ensure that they are covered in the case of an unfortunate incident.