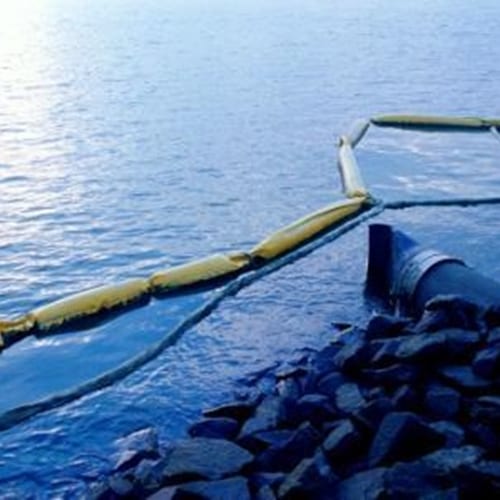 If you're a boat owner, the last thing you want is to get a call telling you that your vessel is sinking. Unfortunately, that's exactly what happened to Carl Sheats, owner of the Gweduc 1 in Port Townsend, Washington.

According to local news source the Port Townsend & Jefferson County Leader, Sheats received a phone call at around noon on January 2 informing him that his 32-foot commercial diving vessel was sinking right at the Port of Port Townsend Boat Haven.

Knowing that the boat had 180 gallons of fuel in it, Sheats and his partner, Kathy Barth, headed to the dock immediately to see what they could to do salvage their marine vessel and remove the oil from the water.

With the help of the Port of Port Townsend dock employees, they were able to collect about 60 gallons of diesel, earning recognition from the Washington State Department of Ecology (DOE) for their efforts.

"The port staff did an excellent job of working quickly to address and contain this spill during the initial stages. We will continue to work diligently to minimize its impacts," said Ron Holcomb, DOE's lead spill responder.

The team was able to get the boat out of the water by around 10 p.m. that night. Barth told the source that the cause of the sinking was unknown and that she and Sheats were still trying to determine how much damage had been done to the Gweduc 1 and whether the engine would be salvageable.

With the number of risks that come with owning and operating a commercial watercraft, many boat owners and organizations turn to marine insurance providers who can help them find the best rates and ensure that they are covered in the case of an accident.