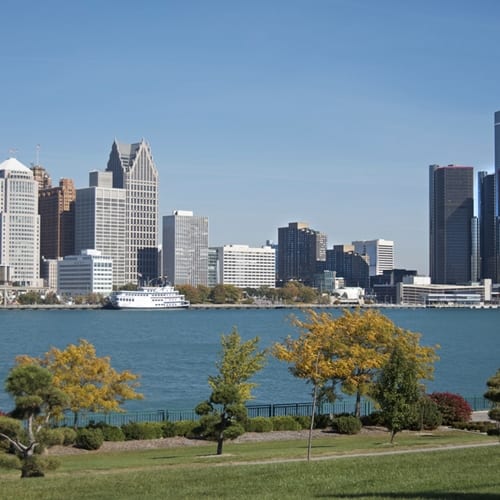 Locating a specific shipwreck can be difficult in an area where there are many different wrecks in close proximity. We've written several times before about the search for wrecks in and around Michigan, particularly the hunt for the Griffin, a 17th-century vessel thought to have disappeared somewhere in this area. An article on the Smithsonian website recently looked at some of the reasons why the remains of so many ships lie at the bottom of the Great Lakes.

According to information from the Michigan Shipwreck Research Association and the Michigan State Historic Preservation Office cited by the source, there is an estimated 6,000 shipwrecks in all of the Great Lakes, with 1,500 claimed by Michigan. The reasons for this are both environmental and historical: the water itself is clear enough to see wrecks at certain times and also cold enough to keep the ships preserved.

The vast history of shipping in the area makes it more statistically likely for ships to have been damaged and sunk there. As a result, Michigan has set up a consistent system for monitoring and preserving local wrecks.

However, with this immense cluster of vessels, local divers could potentially mistake one wreck for another. This almost happened with the Griffin recently, as a wreck off of the coast of Frankfort was suspected of being the lost ship. On closer inspection this ship turned out to be from a completely different era. Maritime Archaeologist Wayne Lusardi told MLive Muskegon Chronicle that the vessel they found was clearly a steam-powered tugboat from the 18th century at the earliest.

In crowded wreck sites like this, accuracy is key, as is proper marine insurance coverage for divers, so operations receive tailored coverage that takes their area of exploration into account.