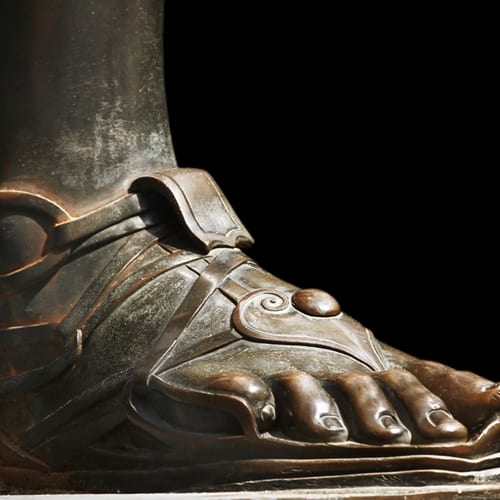 Located near the Greek island of the same name, the Antikythera shipwreck has been a well-known name to salvage experts for some time. More than a century after it was initially discovered, the site continues to draw research expeditions. Last year, scientists mapped the site and discovered some of the ship's cargo in the sediment underwater. This year, members of an international dive team investigated the wreck once again, uncovering new finds.

According to Phys.org, the most recent Antikythera mission took place between late August and mid-September of this year, and was overseen by the Greek Ephorate of Underwater Antiquities. Ten crewmembers, including archaeologists, participated in more than 60 dives, and discovered more the 50 artifacts, including fragments of luxury goods like a flute or an armrest.

The site is most famous for yielding the Antikythera Mechanism, a complex device that could be just the beginning of similar further finds. Brendan Foley of the Woods Hole Oceanographic Institution told New Scientist about the nature of the site and what has been learned from the lost artifacts.

"This site is inherently remote and difficult to access," Foley said. "But through virtual reality and 3D modelling we can make it accessible for any archaeologist anywhere in the world." He also added that several of the pieces they've discovered are "prestige goods" and "not the sort of thing you normally find on a wreck."

As divers return to previously explored locations, they need to know that they are covered by comprehensive insurance. Companies that specialize in insurance for divers know what international dive teams will need and can provide it expertly.