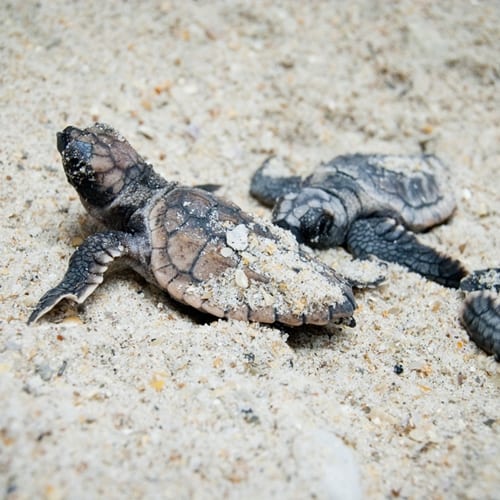 Metal detectors are useful for more than just searching for treasure. JW Fishers, a professional metal detector supplier, recently gave multiple examples of how this equipment helps when working with marine life. As the company notes, some of its clients include government agencies in charge of wildlife and coastal environments, and they can play a role in assisting everything from shellfish to turtles.

One case involving turtles used metal detectors to relocate nests in Hong Kong marked with metal plates. Since the markers can often get obscured by shifting sand underwater, having a device like the JW Fishers Pulse 8X detector onhand allowed for an easier search.

Another example of detectors making turtle management more efficient comes from Quebec, Canada. Scientists from both sides of the border needed to recover transmitters attached to turtles in Lake Champlain. Canadian Diving Safety Officer Richard Savignac told the source about the role that the Pulse 8X played in their mission.

"We began the search by using a radio telemetry antenna on the surface to locate the approximate position of the turtles on the bottom," he said. "Once a site had been identified, a diver was then deployed with a JW Fishers Pulse 8X detector. All twenty-three of our test subjects were located alive and well, and the transmitters were successfully detached."

The size and migratory patterns of turtles can make working with them delicate, as can the environments they inhabit. Businesses that write insurance for commercial diving and marine services are aware of the specifications researchers need to have and will account for them when forming an inclusive policy.