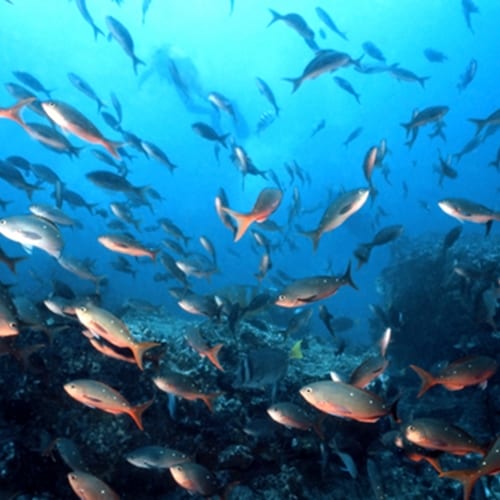 This month could prove to be a big month for Steve Libert, an expedition leader who has been working to obtain access to a sunken ship in Lake Michigan. An object that he found in 2001 is believed to be the Griffin, a 17th-century ship that was used by French explorer La Salle. While the object has been found, Libert hasn't, until this month, received permission to access the area from the Michigan Department of Natural Resources. Now, Libert, along with a team of commercial divers and other associates, will be determining if this is in fact the Griffin.

According to an article in Fox News, Libert has been looking for this ship for more than 30 years, and the size of the object, found using sonar readings, match the size the Griffin is believed to have been. And while the team previously dove down to look at it, they have not been able to operate archaeological excavations on the boat, only having received permission this month.

It is expected that the team will know if this is, in fact, the Griffin in a few days, which may help fill in holes regarding American and French history.

"The Griffin is very important to the early history of America," Michel L'Hour, director of the Department of Underwater Archaeological Research in the French Ministry of Culture, and one of the divers, said. "If this is the Griffin, it will teach us many things."

Regardless of whether this is found to be the lost ship, projects like this one can still be dangerous for the divers and others working on the expedition. For project managers, having the necessary safety precautions, like commercial diving insurance, can help ensure that divers contributing to the search can perform their job with the safest and most secure equipment.