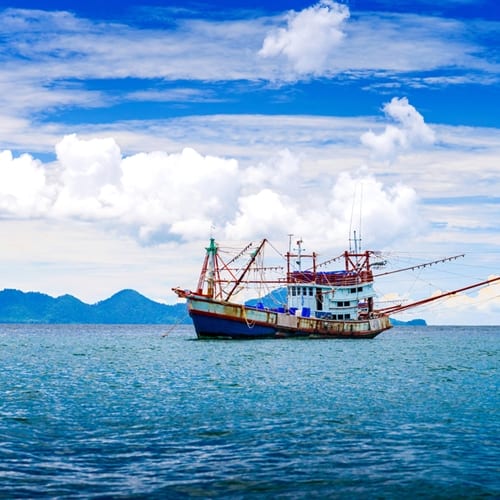 The BBC recently reported on a lost trawler that has caused concern. Authorities are searching by air and sea for a fishing vessel that disappeared off of the coast of Plymouth in the United Kingdom, spurred on by the discovery of debris from the scallop boat. The Royal Navy is taking part in the search and the boat is believed to have sunk somewhere in the Eddystone area, although nothing definitive has been found.

When the vessel in question, the JMT, did not return to its home port, the Maritime and Coastguard Agency (MCA) and other enforcement agencies began investigating. The crew aboard the ship consisted of just two people, and the father of one of the crew members alerted the authorities of the disappearance.

The Plymouth Herald quoted a representative from the MCA on the continuing efforts to determine the fate of the trawler. To expedite the recovery effort, authorities are utilizing the resources of the Royal Navy Lifeboat Institution (RLNI), along with multiple vehicles.

"A search of the area continues with RNLI lifeboats from Fowey, Looe and Plymouth all involved," the unidentified spokesman said. "The Royal Navy search and rescue helicopter from Culdrose is also searching, along with other vessels in the area." The BBC says that "a small vessel" has been identified near the Eddystone Lighthouse, though it hasn't been connected to the lost ship.

Managers and operators that have to oversee a large fleet of vessels will be understandably concerned when a ship suddenly disappears. With tailored fishing boat insurance, companies are protected before an accident occurs, and can feel more assured about their operations.