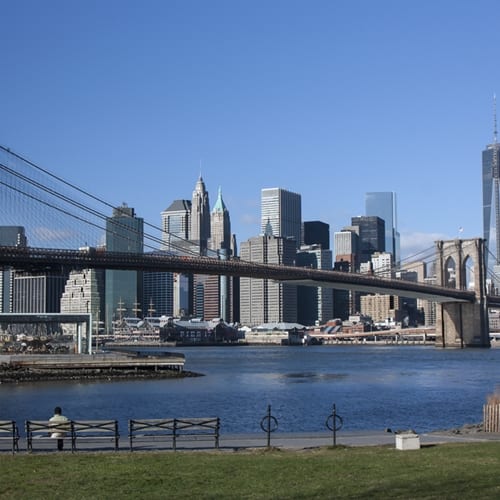 Close calls, even if they don't result in harm, should cause companies to examine their vessels and processes. In such an incident, a cargo ship called the Rainbow Quest was recorded clipping the Brooklyn Bridge last month. Although dramatic to bystanders, the authorities noted no major damages or injuries.

According to the New York Post, the Rainbow Quest was passing down the East River at night, on November 7, when it scraped the underside of the bridge. The Metropolitan Transit Authority had reportedly already scheduled maintenance for this bridge and blocked it off. Authorities closed all lanes of traffic but were able to open it again after assessing the damage.

The repairs needed were described by All Media NY as "superficial." All the same, tweets collected by Gothamist from some of the passersby revealed that the intrusion was sudden and unexpected, with some complaining about the delay.

The encounter has not slowed down the Rainbow Quest's progress and the ship seems to be have made its most recent scheduled journey without incident. On Wednesday, MarineTraffic.com said that the vessel was currently on a course for Belgium, having passed through the English Channel with an average speed of 9/9 knots. As of this writing, it is said to have been off of the northwest coast of the country and is eventually supposed to dock at the Port of Ghent.

Bulk shipping vessels need to meet precise deadlines for their loads to be delivered, and closed bridges risk creating costly traffic delays. In both cases, marine insurance grants protection from common hazards and unexpected disruptions like this one. It's important that when something like this affects a ship prepared for long-distance travel, the damages can be assessed quickly.