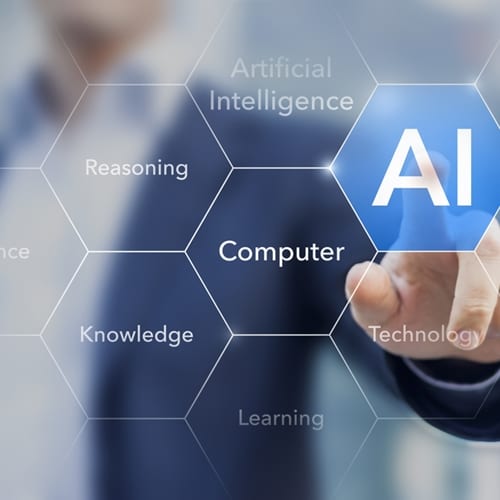 Though at one time artificial intelligence seemed like the stuff exclusively found in science fiction  novels and major motion pictures, A.I. has quietly worked its way into our day-to-day activities, both at home and in the workplace. In a variety of industries, A.I. has a seat at the productivity table, with remote operated vehicle use in the maritime sector one of several where the rise of the robots is highly apparent.

With instrumentation increasingly replacing the work that actual humans have historically performed, artificial intelligence hasn't exactly been welcomed with open arms by everyone. Some believe that because it reduces overhead expenses, the automated trend could take hold more broadly, reducing workers' job security.

For the most part, however, several surveys suggest today's workers don't feel like their livelihood is at stake, where they'll be replaced by instrumentation. Still, they are somewhat fearful of what could happen with their kids once they enter the workforce, according to a newly released poll.

9 in 10 think Generation Z needs new skills
With automation projected to proliferate, 90 percent of individuals believe the workers of tomorrow – namely, Generation Z – must expand their base of skills so they're more marketable to potential employers, a recent survey conducted by YouGov and commissioned by professional services firm Genpact found. The poll was rather large, querying 5,000 people in the United States, United Kingdom and Australia, all of whom had witnessed the impact of automation in their line of work first hand. Meanwhile just 10 percent of respondents believed their employment security was in jeopardy because of A.I.

Sanjay Srivastava, chief digital officer at Genpact, noted A.I. is a classic case of what qualifies as a double-edged sword.

"Artificial intelligence brings a seismic shift in the future of work – making some roles obsolete and enhancing others, while at the same time, creating new jobs, and even spawning new professions," Srivastava explained. "Our research shows that employees want and need additional skills to embrace these opportunities – and companies must respond."

AI expected to result in more work opportunities
While there is a chance Generation Z will have to update their marketable skills, the ascendance of automation may at the same time create opportunities that don't exist just yet. According to the Organization for Economic Cooperation and Development, as many as two-thirds of today's children will grow up to take on work assignments that don't exist just yet.

Businesses are similarly bullish that A.I. will be a net positive for workers now and in the future. Indeed, almost 85 percent of respondents in a Randstad survey done earlier this year said they believed robotics will bring more advantages than disadvantages to the workplace in as little as three years.

Much like the internet has fundamentally changed a plethora of industries, the influence A.I. has for good will ultimately be determined by how businesses adapt. Here at Fisk Marine Insurance International, we remain fully committed to supplying marine organizations with top-of-the-line coverage for state-of-the-art technologies. Here's more information on ROV coverage.