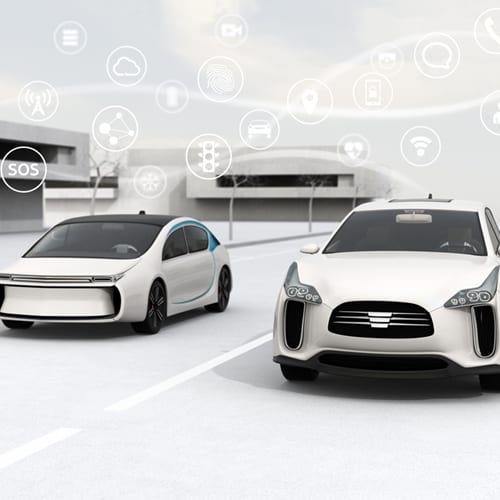 Automation is a technology that's changing the way we interact with the outside world. Indeed, many offshore project managers in Louisiana would be hard-pressed to get their work done were it not for AUVs and their capabilities.

It won't be long before automation finds its way to the nation's highways and byways, as the government is optimistic that fully autonomous vehicles will be available for purchase within a decade, helping to reduce car accidents as well as ease traffic congestion. Experts agree it's in these highly trafficked cities that driverless vehicles may have the most cost-effective impact.

Should that prove true, the Bayou State may be the biggest benefactor, based on the degree to which highway travel has surged, according to newly released government data.

On an unadjusted basis, traffic rose nearly 6 percent in Louisiana last year, according to the Federal Highway Administration. That's a larger year-over-year uptick in road use than any other state.

"Miles driven in the U.S. has risen for five consecutive years."

Motorists racked up 3.2 trillion miles in 2016
Highway travel across the country reached considerable heights in 2016. Overall, motorists logged an astounding 3.2 trillion miles, the FHWA reported, marking the fifth straight year that mileage has risen from the previous 12-month period.

It's the reduction in traffic congestion, and the safety benefits that will result, that has the government excited about the future. Late last year, for example, the U.S. Department of Transportation's National Highway Traffic Safety Administration proposed a rule that required automakers to install vehicle-to-vehicle communication technology, allowing cars to "converse" with one another.

New Orleans prime spot for HAVs
Some parts of the country – particularly in metropolitan statistical areas – are more well-suited for driverless technology than others. According to INRIX, an analytics firm that specializes in connected car services, New Orleans tops them all. INRIX says the reason New Orleans is an ideal city for highly autonomous vehicles stems from the higher amount of intra-city travel in this part of the country compared to others. Additionally, the Big Easy is one of the most-populated cities in the country, totaling 1.1 million people, according to the most recent census data.

Bob Pishue, an INRIX transportation analyst, encouraged municipalities to start thinking about highly autonomous vehicles and how testing them can make the roads more efficient.

"Big data is a powerful tool that should be used as cities explore HAVs," Pishue said . "Mobility data and analytics are more powerful when multiple layers are added into the equation."