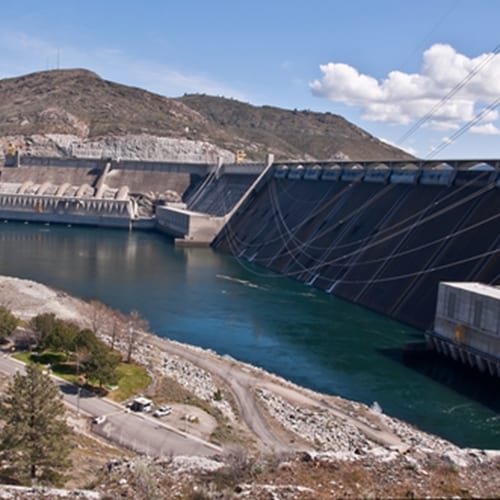 The most recent issue of Underwater Magazine features a story profiling an operation at the Virginia-based Smith Mountain Dam that happened in November, 2013. According to the source, one of the movable screens installed in the dam suffered a cable failure, and was unable to provide power as a result. Luckily, an ROV was used to help observe the situation. In these missions involving major power resources, ROV insurance is an important addition.

Despite the cramped launching area they had to work with at the dam, Mainstream Commercial Divers, a Kentucky-based outfit, were able to successfully deploy an ROV and restore functionality within 11 days. Their success stemmed not just from the maneuverability of the device they deployed, but the divers, winches and other gear that they incorporated into the operation.

It was an intensive procedure that underwent several revisions, and Mainstream decided to use its SurD0 air unit because it both helped divers fit within the narrow space of the dam and also complied with local diving regulations. The ROV they deployed monitored diver activity, and, the author of the source notes, helped keep things running smoothly.

"The utilization of the mini ROV allowed the completion of the project with much less mobilization time and cost over other methods considered and allowed for the most timely method of getting the facility back in service," the article says in its conclusion.

It also notes that there was trepidation at different stages, as the diving crew did not know how long they had to work underwater and needed pressurization equipment to account for long periods of exposure.