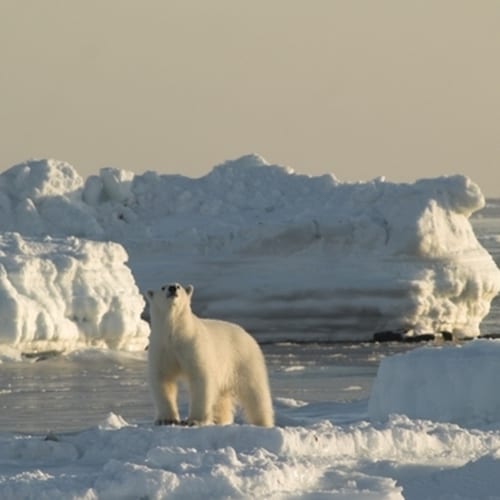 We’re always interested in hearing about the different ways that remotely operated vehicles (ROVs) can help individuals and organizations with interest on the water. In addition to being used by the U.S. Military, local police departments and other commercial entities, ROVs can even assist in scientific explorations such as discovering the deepest corals in the Great Barrier Reef.

Most recently, researchers used one of these underwater vehicles to help them better understand why arctic sea ice melts so quickly.

According to environmental news source LiveScience, a team of researchers at the Alfred Wegener Institute in Germany conducted a study to test the effect of melt ponds on young ice. Using an ROV, they were able to determine that areas that had many melt ponds – which accumulate easily on young ice – allowed three times as much light to pass through than older ice. This isn’t a good sign, says the source, since more than 50 percent of the Arctic sea ice cover is comprised of this younger version.

“We assume that in the future, climate change will permit more sunlight to reach the Arctic Ocean – [particularly] that part of the ocean which is still covered by sea ice [during the] summer,” said Marcel Nicolaus, a sea ice physicist who works at the Alfred Wegener Institute. “The sea ice will become more porous, more sunlight will penetrate the ice floes and more heat will be absorbed by the ice. This is a development which will further accelerate the melting of the entire sea ice area.”

Without ROVs, important research like this wouldn’t be possible. That’s why it’s important for commercial entities who utilize these underwater robots to invest in ROV insurance in the case of unexpected damages. By working with the right marine insurance agency, owners of ROVs can gain access to affordable coverage from the highest-rated providers in the industry.