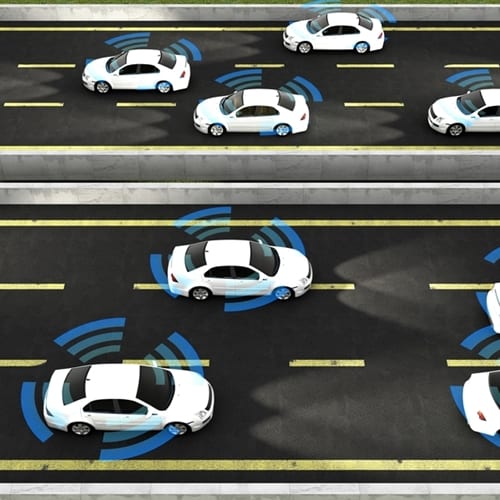 Remotely-operated vehicles – better known as ROVs – are an indispensable asset to industry professionals, used for a variety of purposes in a multitude of disciplines. The automation era is increasingly becoming more of the rule than the exception, and people are taking notice.

This is especially true out on the roads, as safety tests are well underway in several cities analyzing the capability of top-notch technology. And according to a recent study, Louisiana is primed for the transition to the highly autonomous vehicle era.

Lousiana's most-populated city is expected to see the largest proportion of its vehicles – public and private – replaced by HAVs, according to newly released analysis performed by INRIX, a transportation analytics and services firm. Registering an INRIX score of 90.33, New Orleans bested Albuquerque, New Mexico; Tucson, Arizona; Portland, Oregon and Omaha, Nebraska as the city most favorably positioned for HAV readiness.

Here's a link to the study itself detailing the firm's methodology on how it arrived at the scores it did. Among other measurements, INRIX examined the frequency with which residents made various trips in the country's 50 most-populated metropolitan statistical areas.

"Shared-use vehicles will be a highly effective deployment of autonomous vehicles, where shorter, intra-city trips can maximize occupancy and efficiency," Ash explained. "[This] means safer, faster and more convenient travel for users."

11 states have autonomous vehicle legislation in effect
At the legislative level, Louisiana has regulations in place that will govern the technology's introduction. According to the National Conference of State Legislatures, Louisiana is one of 11 states with laws already on the books, joining Alabama, Florida, Michigan, Tennessee, Utah, Virginia, Pennsylvania, North Dakota, Nevada and California. Twenty more introduced legislation in 2016.

Speaking of the Golden State, officials there are taking matters one step further. Earlier this month, regulations proposed by the California Department of Motor Vehicles would allow self-driving vehicles to operate in the state without an actual person on board, the San Francisco Chronicle reported. Prior to the rule change, the over two dozen companies testing autonomous vehicles in the state had someone inside the tested automated vehicles in case of an emergency.

Meanwhile, Florida is playing host to an automation rollout of its own, as Tampa is one of three other cities that's participating in a pilot program, where connected automobiles actually communicate with one another, The Associated Press reported. Later this year, similar programs will launch in New York City and Cheyenne, Wyoming.

"Ford announced it will start mass producing self-driving taxis for U.S. use within the next few years."

Self-driving taxis coming to a city near you in 2021
Clearly, states are preparing for the transition, and so too are automakers. As reported by numerous news outlets, The Car Connection among them, Ford Motor Co. plans to introduce self-driving hybrid taxis in the U.S. by 2021 so that they're commercially available. They're already on the roads in Singapore, according to The Wall Street Journal.

The federal government is all aboard the HAV train as well. In September, National Highway Traffic Safety Administrator Mark Rosekind explained that the technology's safety capabilities – both now and in the future – make HAVs a smart investment.

"We are moving forward on the safe deployment of automated technologies because of the enormous promise they hold to address the overwhelming majority of crashes and save lives," Rosekind explained.

Fisk Marine Insurance International is a leading broker that specializes in automation coverage services, such as ROV insurance for manufacturers and offshore engineers. Experience the difference by contacting us today.